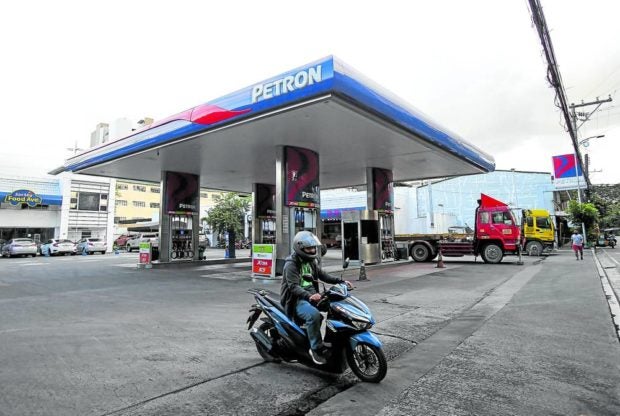 The government can buy back Petron Corp. from businessman Ramon Ang as some lawmakers have suggested to mitigate runaway prices of petroleum products in the country. During the hearing of the House ways and means committee on Monday, Ang, chair and CEO of Petron, said he was willing to sell the company “anytime” at fair market value and payable over five years.

“I swear, if the government wants to buy it back, just say it and I will sell it back to you. Prepare the valuation immediately,” he said.

“If you think that business is a jackpot, let the government buy it at the market valuation. I don’t need to make profits off the government,” he added.

His comments came after ACT Teachers Rep. France Castro renewed during the hearing the call for the renationalization of Petron to address the series of oil price increases.

Bayan Muna Representatives Carlos Zarate, Ferdinand Gaite and Eufemia Cullamat earlier filed a bill for the renationalization of the oil company. It remains pending at the House committee on energy.

In a statement, Gaite welcomed the offer of Ang to sell Petron back to the government.

Petron, the country’s biggest oil refiner and retailer, was owned by the government before a 1994 initial public offering of 20 percent of the company.

In 2008, the government divested for P25.7 billion its remaining stake to the British investment fund Ashmore Group, which had earlier bought the 40-percent holdings of Aramco.

On Monday, the House ways and means committee also moved to create a technical working group to craft a substitute bill reducing fuel excise imposed under the Tax Reform for Acceleration and Inclusion (TRAIN) Act, based on Albay Rep. Joey Salceda’s House Bill No. 10348.

Several bills have already been filed calling for the suspension or reduction of the excise on fuel products due to the consecutive oil price increases since August.

Salceda said the proposed substitute bill would completely suspend excise on diesel and kerosene from Dec. 1, 2021, to June 1, 2022, while reducing excise on gasoline by as much as P3 a liter.

“This is immediate relief. I am skeptical of targeted measures when the situation is dire because they tend to take time, and many fall through the cracks. A universal approach gets the job of easing suffering done quickly,” he said.

“At the same time, I do not want to commit the next administration to a long-term policy of tax reduction. So, I think this is a happy compromise,” Salceda added.

The Department of Finance (DOF) earlier warned that the government would lose P147 billion in revenues next year if the taxes on fuel were to be suspended.

The DOF said Salceda’s proposal would result in forgone revenues of P37.5 billion.

But Salceda said this could be offset in part by increases in value-added tax collection due to higher prices.

The price of diesel will go down by 60 centavos a liter starting Tuesday, the first reduction after seeing price rises for 10 straight weeks, according to separate advisories from oil companies on Monday.

The prices of gasoline and kerosene will drop by P1 and 65 centavos a liter, respectively.