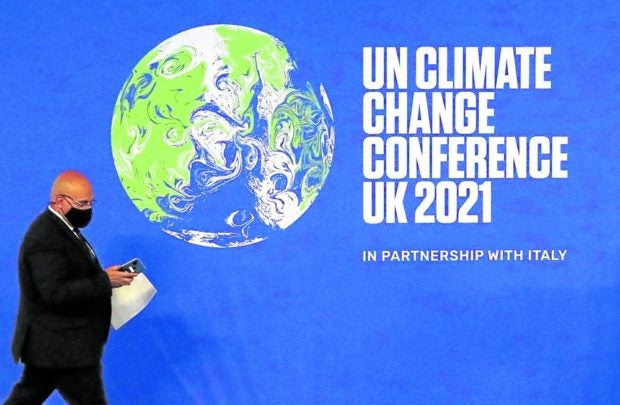 NO COPOUT Together, making cycling and walking easier in cities, altering diets and ramping up renewable energy can curb warming, experts say. —REUTERS

As with the COVID-19 pandemic, “it won’t be long before the entire population of the world is affected, directly or indirectly,” said former Australian Prime Minister Julia Gillard, now head of UK health charity Wellcome Trust.

But a big menu of possible changes—from making cycling and walking easier in cities to altering diets and ramping up renewable energy—could together curb warming, protect health and make life better for billions of people, experts said.

Making those shifts happen will require not just investment and efforts to make the health benefits clearer but also, crucially, bringing on board people who do not normally work on health issues.

Too often efforts to cut emissions, adapt to climate threats and deal with health problems are carried out separately, but “we need these people to work together for integrated solutions,” said Andy Haines of the London School of Hygiene and Tropical Medicine.

Doing so might include things like adding more trees and water-absorbing green areas in poor areas of cities, to address inequity, flooding, and heat risks at once, while also boosting nature and improving mental health.

“The solutions are the same for the climate, our health, and biodiversity,” said Rayan Kassem, West Asia regional director for Youth4Nature, a green nonprofit focused on climate and nature solutions.

He pointed out, for instance, the ranges of insect-carried diseases such as malaria and dengue which are changing as weather patterns shift, as well as the swift rise in heat deaths, with over a third of those recorded in the period 1990-2018 attributed to climate change.

A rising toll of wildfires, floods, droughts, and extreme heat is also having “really devastating effects” on mental health, alongside worries among many people about the future under worsening climate change, Haines said.

As permafrost melts in the fast-warming Arctic, it could even expose “Methuselah organisms”—long frozen and potentially deadly bacteria and viruses.

“As we release these we don’t know what is going to happen to human health,” he said.

Some health risks connected to climate change are already well known. (See related story in World, Page B6.)Air pollution, much of it connected to the use of fossil fuels, kills about 7 million people a year, said Diarmid Campbell-Lendrum, who heads the World Health Organization’s climate and health unit.

A major step toward reducing that risk would be removing what the International Monetary Fund says are $5.9 trillion in direct and indirect subsidies to the fossil fuel industry each year, which makes polluting fuels artificially cheaper, he said.