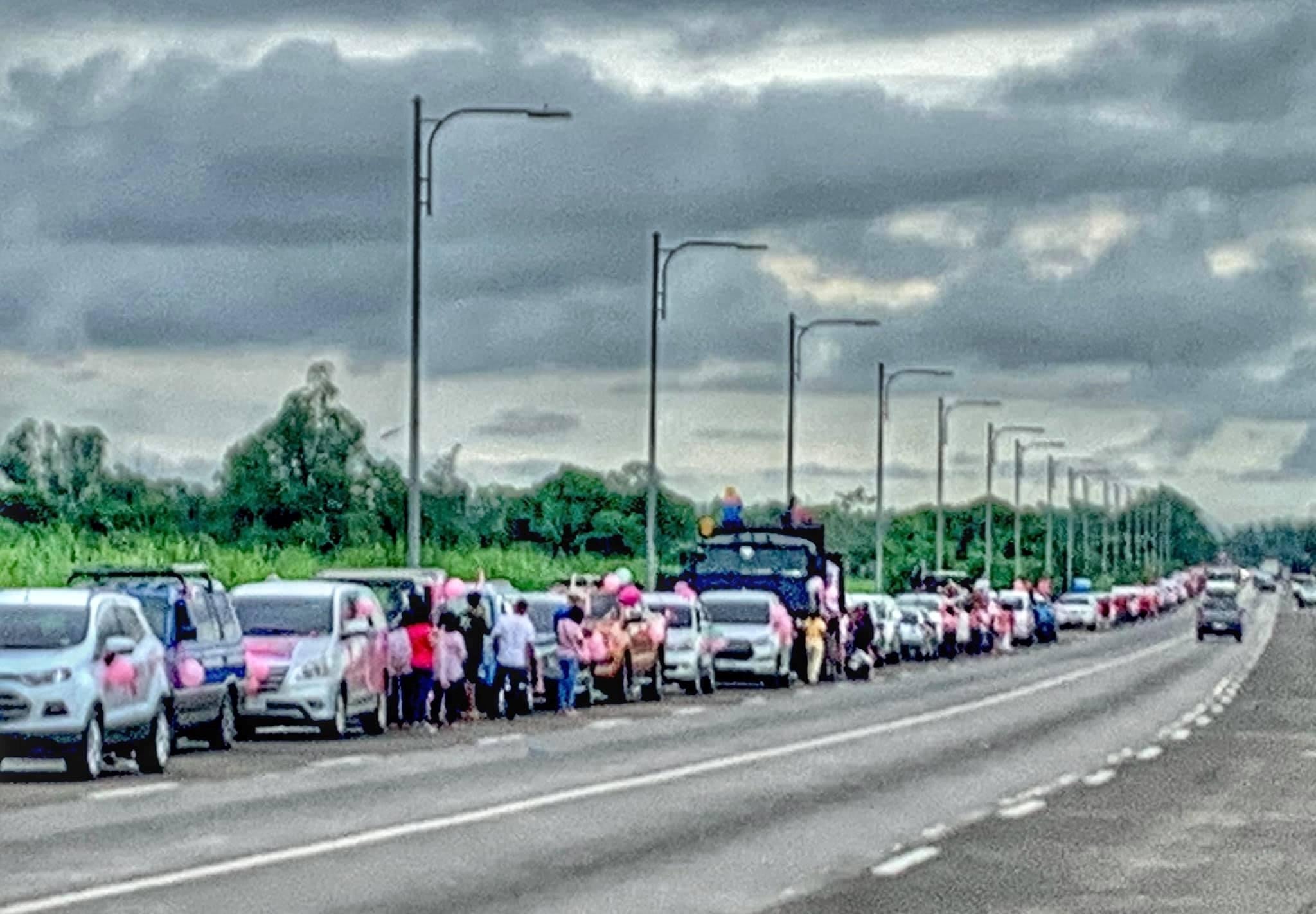 The convoy of Robredo and Pangilinan, who are running for president and vice president respectively, took more than an hour to slowly traverse the 15-kilometer stretch as excited supporters along the Bacolod Silay Airport Access Road chanted their names and cheered.

Supporters danced to the beat of drums with the MassKara dancers along the side of the highway from Silay City all the way to Talisay City’s border with Bacolod City.

Pink tarpaulins, flaglets, stars, and balloons were seen on the vehicles that joined the stationary caravan, which also included a few sugarcane trucks and tractors.

Catholic nuns were also seen waving from the side of the road.

Robredo and Pangilinan both thanked the crowd for their overwhelming welcome.

“It’s a very happy occasion that I am back, especially because the welcome that we received has really been heartwarming,” Robredo said.

“When I won in 2016, while many people supported me, it was a different kind of reception. Now, this is not just ordinary support. It is as if people are looking at the 2022 elections as their personal fight,” she said.

“If we are able to sustain this level of energy and passion, we will have a very good chance at it,” she added.

Asked if she was confident of another huge win in Negros in 2022, Robredo said “in every election, I am never confident. For me, I am never entitled to anything. I should work hard for it.”

“The sheer number of votes that I got from Negros (in 2016) was a big blessing. But I worked very, very hard for it. In this election, I will do the same,” she said.

Robredo said she is hoping that she will not only duplicate her 2016 feat in Negros, but also get more votes.

Former Negros Occidental Gov. Rafael Coscolluela, Negros for Leni convenor, said it is difficult to describe the joy of Robredo on seeing the Negrenses’ spontaneous outburst of support for her on Friday.

“This is a very good sign that things will go well in Negros for her candidacy and I think it will be better than 2016,” he said.