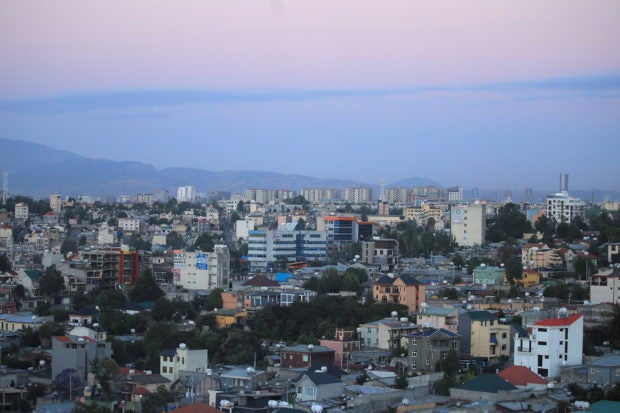 UNITED NATIONS — The U.N. Security Council on Friday called for an end to the fighting in Ethiopia and for talks on a lasting ceasefire as the 15-member body expressed deep concern in a rare statement about the expansion and intensification of military clashes.

The council also “called for refraining from inflammatory hate speech and incitement to violence and divisiveness.”

It had been negotiating a statement for several days and eventually reached a compromise with Russia on the text, diplomats said. Such statements have to be agreed by consensus.

Russia and China have long made clear they believe the year-long conflict, which started in the northern region of Tigray, is an internal affair for Ethiopia. Both countries are council veto-powers – along with the United States, Britain and France – so any strong council action, like sanctions, is unlikely.

The war, which has killed thousands of people and forced more than two million from their homes, has intensified in recent weeks. With rebels threatening to move on the capital Addis Ababa, the Ethiopian army on Friday called on former troops to rejoin to fight them, state media said.

The statement on Ethiopia – drafted by Ireland, Kenya, Niger, Tunisia and St Vincent and the Grenadines – was only the second by the Security Council in the past year.

“Today the Security Council breaks six months of silence and speaks again with one united voice on the deeply concerning situation in Ethiopia,” Ireland’s U.N. Ambassador Geraldine Byrne Nason said in a statement.

“For the first time, the council clearly calls for a cessation of hostilities. We believe this should happen immediately, and that all civilians must be protected,” she said.

The United Nations has said that up to 7 million people in the Ethiopian regions of Tigray, Amhara and Afar need help, including 5 million in Tigray where some 400,000 people are estimated to be living in famine-like conditions.

The Security Council “called for the respect of international humanitarian law, for safe and unhindered humanitarian access, the re-establishment of public services, and further urged the scaling up of humanitarian assistance.”