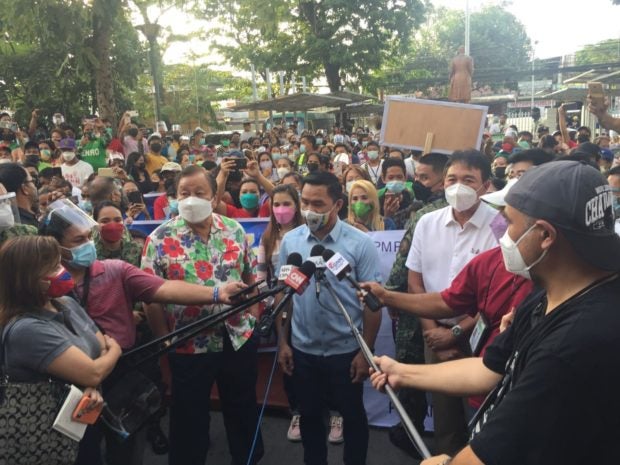 Pacquiao, along with vice presidential candidate Lito Atienza and PDP-Laban Executive Director Ron Munsayac, met with Olivarez, who is the Chair of the Metro Manila Development Council and the members of the Parañaque City council to discuss the importance empowering the LGUs.

On his way to the City Hall, people were seen and heard shouting Pacquiao’s name, most of them lined up the streets to welcome him.

At the city hall compound, employees and supporters jostled to get a glimpse and shake the hands of their idol despite frantic appeals from policemen assigned in the area for them to observe social distancing.

In their discussion, Pacquiao said that his proposal to expand the autonomy of LGUs will be a precursor for his plan to push for a shift on the present presidential-bicameral form of government to federal form.

Pacquiao also told the city officials about his campaign against corruption. He said he would create special courts which would focus on handling graft cases.

He said he would also build what he calls an “MP” or Mega Prison which would serve as a detention facility for government officials who arrested and convicted of corruption.