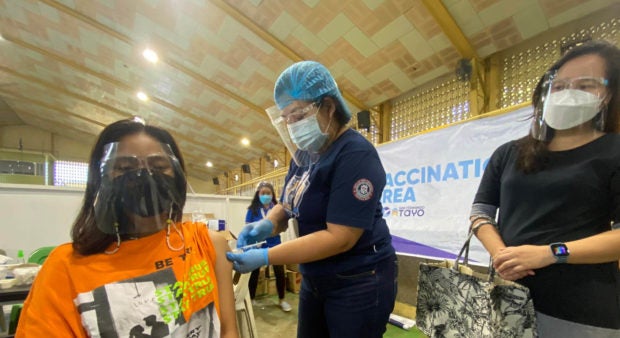 LAOAG CITY, Ilocos Norte — The province of La Union has ramped up its vaccination drive among children ages 12 through 17 years old as it started to inoculate even those without comorbidities in the vulnerable population on Thursday (Nov. 4 ), local officials said.

At least 1,000 children without pre-existing illnesses were expected to be vaccinated at the capital city of San Fernando.

The single-dose Pfizer vaccine was administered to the young vaccine recipients, the city government said.

On Oct. 29, the province joined the rest of the country in simultaneously rolling out the vaccines among the younger population who are suffering from comorbidities

Since then, at least 433 children with comorbidities were already inoculated in the province. Most of them suffered from asthma or obesity, according to local health officials.