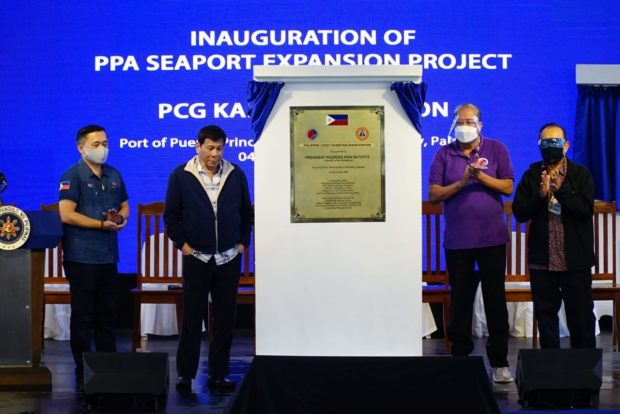 PUERTO PRINCESA CITY – The Department of Transportation (DOTr) has completed the expansion of a seaport project at the Puerto Princesa Port, as well as the acquisition of new maritime assets, which are slated to boost the maritime security in the area.

President Rodrigo Duterte led the inauguration of the transport expansion project here on Thursday as he lauded the efforts of the DOTr and the maritime sector for the initiative. He was joined by Executive Secretary Salvador Medialdea, Senator Christopher “Bong” Go, DOTr Secretary Arthur Tugade, other transport officials, and local government executives during the inaugural.

“I commend the DOTr and the PPA (Philippine Ports Authority) for the completion of this port expansion project. It is indeed a significant milestone under our ‘Build, Build, Build’ Program. I am excited to see the outcome of this infrastructure project, which is envisioned to boost growth in Palawan and its nearby areas,” Duterte said in his speech. 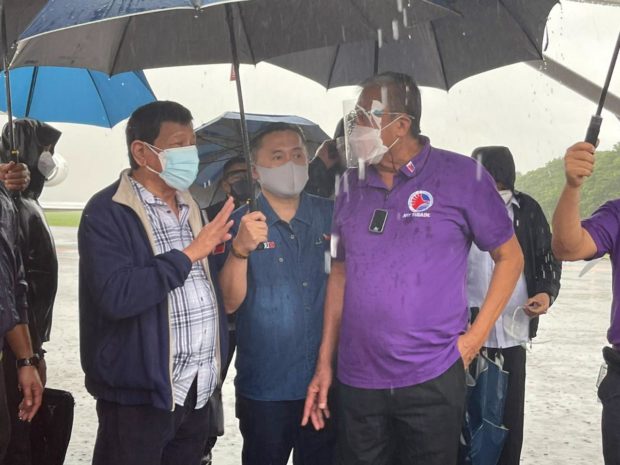 President Rodrigo Duterte talks to DOTr Secretary Arthur Tugade at the sidelines of the inauguration of the PPA Seaport expansion project in Puerto Princesa, Palawan. Image from DOTr

Serving as Palawan’s main maritime gateway, the expanded Puerto Princesa Port will also be able to double its current capacity. Every year, the port receives around 1,500 international and local vessel calls, while it also handles approximately 1.7 metric tons of cargoes. Moreover, 200,000 passengers use the port annually, including almost 6,000 cruise-tourism passengers.

Prior to the unveiling of the marker of Puerto Princesa Port’s expansion project, the President also led the commissioning of the new aerial asset of the Philippine Coast Guard (PCG) – the multi-role fixed-wing aircraft, Cessna Caravan 208.

The new maritime asset is expected to boost PCG’s capability in patrolling and securing the Philippine waters and in intensifying its response efforts and operations, especially during disasters.

The facility likewise aims to boost the PCG’s monitoring and patrolling capabilities in the West Philippine Sea as it will serve as the operations headquarters in the area.

“As we bolster the connectivity in Palawan, we also look into fortifying our maritime security in the area. I am glad to know that the Philippine Coast Guard continues to be geared towards expanded presence in the West Philippine Sea and the Kalayaan Group [of Islands] to safeguard Filipino fishermen to venture into the sea of their daily livelihood,” the President said.