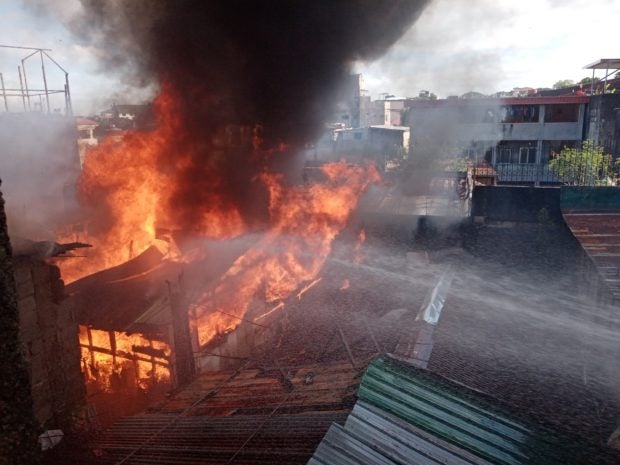 MANILA, Philippines — A fire gutted several houses in Taguig City on Wednesday afternoon, according to a belated report from the Bureau of Fire Protection (BFP).

The BFP said in a report released on Thursday afternoon that around 60 families, or 100 individuals, were affected in the fire with damage to property totaling P350,000 on Ortega Street, Barangay Upper Bicutan in Taguig City.

The fire started on the second floor of one of the 30 houses on the residential block.

No casualties or injuries were reported.

The fire was declared under control at 4:05 p.m. and put out at 5:20 p.m., almost three hours after it was first reported.

The cause of the fire has not yet been determined, said the BFP.