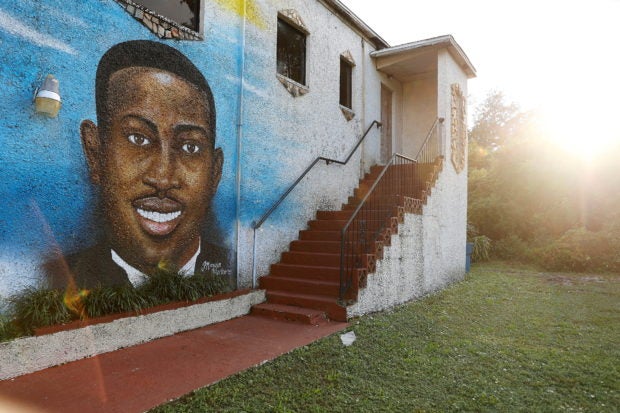 BRUNSWICK, Georgia — A jury of 11 white people and one Black person was chosen on Wednesday in the murder trial of three white men who chased and fatally shot Ahmaud Arbery, a young Black man who went for a run in a mostly white neighborhood in coastal South Georgia last year.

Prosecutors from the Cobb County district attorney’s office tried unsuccessfully on Wednesday to argue that defense lawyers were rejecting many potential jurors because they were Black, which the U.S. Supreme Court has long deemed unconstitutional.

Arbery’s father, Marcus Arbery, 58, said he was disheartened by the jury’s racial make-up but believes justice will prevail. “They can pick any jury they want, but the evidence will show they killed my son in cold blood,” he said.

Superior Court Judge Timothy Walmsley said he was accepting the “race-neutral” reasons offered by the defense lawyers for Gregory McMichael, his son Travis McMichael and their neighbor William “Roddie” Bryan.

The three men have pleaded not guilty to criminal charges including murder and assault. In February 2020, they chased the unarmed Arbery in Satilla Shores, a quiet residential neighborhood outside Brunswick. The younger McMichael killed Arbery, 25, with a shotgun in what the men have argued was self-defense.

“In this particular case, there are these significant overtones of race to begin with,” the judge said. “The court is not going to place upon the defendants a finding that they are … not being truthful with the court when it comes to their reason for striking the jurors.”

He said he would hear final arguments over what evidence can be shown to the jury on Thursday, impanel the jury on Friday morning then commence with opening statements. Four alternate jurors were selected, but their races were not immediately disclosed; the judge has promised jurors anonymity, referring to them in court only by a number.

Slowing the process of jury selection, many potential jurors, drawn from the county, told the court that they had seen the viral video of Arbery’s death and made their minds up as to the guilt of the defendants.

The three men have said they were trying to detain Arbery under the state’s citizen’s arrest law, since repealed after Bryan’s cellphone video of the killing sparked widespread outrage.

They said they chased the unarmed 25-year-old because they thought he was a “suspect” in a burglary. Arbery went into a construction site during his run, but the owner of the property said he believed Arbery stopped only for a drink of water and nothing was taken.

Only about 85,000 people live in Glynn County, and many potential jurors told the court they personally knew Arbery or know some or all of the defendants.

“This is the most complicated jury selection I’ve ever been a part of including federal death penalty cases,” Kevin Gough, a lawyer for Bryan, said earlier on Wednesday.