Bato: Intention to run for president at 100%, but Inday Sara ‘most winnable’ 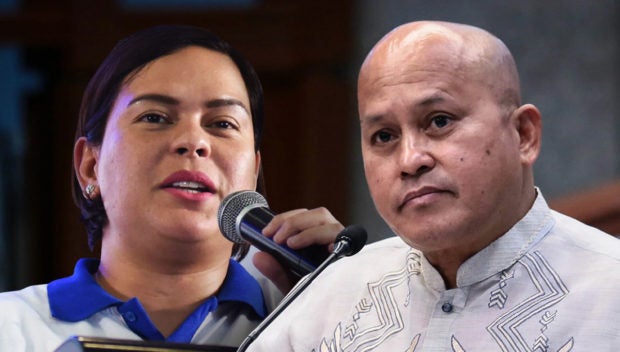 MANILA, Philippines — While saying that he does not have any doubts about his ability to serve as the president of the country, Senator Ronald “Bato” Dela Rosa noted that Davao City mayor Inday Sara Duterte-Carpio remains to be the “most winnable” candidate for the post.

Dela Rosa stressed that his intention to run for president is at “100 percent” despite keeping his doors open for a possible substitution with Duterte-Carpio, who has consistently been at the top of presidential surveys.

(It’s just that for me, if somebody can replace me who is more winnable, in fact the most winnable among all presidential bets—it’s Mayor Inday. It would be better if she were the one to replace me.)

Dela Rosa, who is the presidential candidate of the ruling PDP-Laban party, has been vocal about being open for substitution with Duterte-Carpio, who has opted to vie for re-election as Davao City mayor.

The senator’s party, however, has stressed that its stand remains that Dela Rosa pushes through with his presidential bid.

(But if you ask me about my intention to run, it’s 100 percent. I do not have doubts in myself that I will be able to do the tasks of being the President of the country. I can do that, I will give my 100 percent.)