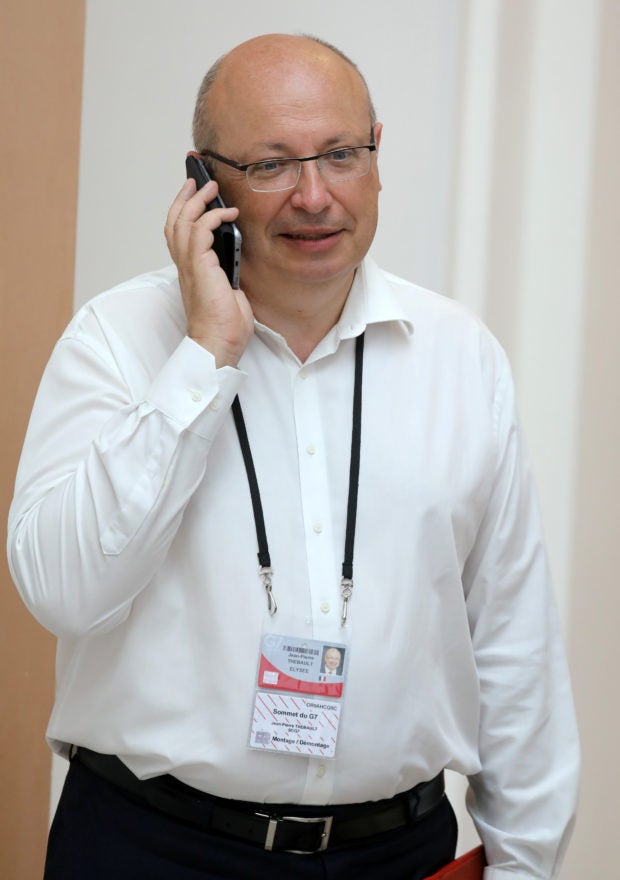 French Ambassador in charge of the G7 summit preparations Jean-Pierre Thebault speaks on his mobile phone while working in Biarritz, France August 25, 2019. Ludovic Marin/Pool via REUTERS

CANBERRA/SYDNEY — France’s ambassador to Australia, Jean-Pierre Thebault, said on Wednesday that Australia acted with deceit when it abruptly cancelled a multi-billion deal with Paris to build a fleet of submarines.

“The deceit was intentional,” Thebault told media in Canberra on Wednesday.

“And because there was far more at stake than providing submarines, because it was a common agreement on sovereignty, sealed with the transmission of highly classified data, the way it was handled was a stab in the back.”

Australia in September cancelled a deal with France’s Naval Group, opting instead to build at least 12 nuclear-powered submarines after striking a deal with the United States and Britain.

The new alliance, dubbed AUKUS, is designed to give Australia access to nuclear-powered submarines for the first time.

The decision has caused a major bilateral rift, with France recalling its ambassadors from Australia and the U.S. in protest. Thebault returned to Canberra last month, and the speech on Wednesday is the first time he has spoken publicly on the bilateral relationship.

Morrison has denied the claim.