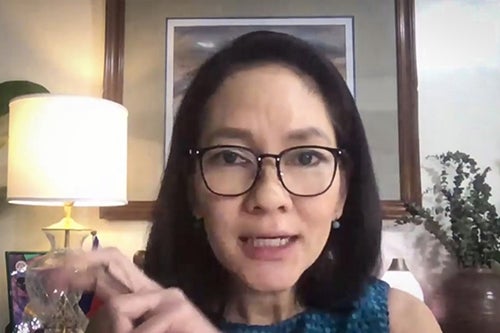 MANILA, Philippines — The Bureau of Internal Revenue (BIR) should have the final say on whether or not Xuzhou Construction Machinery Group (XCMG) committed any wrongdoing amid allegations it had failed to pay proper taxes for the P1.9 billion worth of supply contracts it got from the Philippine government, Sen. Risa Hontiveros said on Tuesday.

In a Viber message, Hontiveros stood by her earlier claims that the China-based firm had “no income tax records available for the taxable periods 2017 up to present,” citing records from the BIR.

“[T]he documents we have on hand appear to contradict the claims of Xuzhou and sustain the statements of the minority leader,” she said.

Hontiveros issued the statement in response to Xuzhou’s claims branding her allegations as “false and damaging” to the company, saying it acted in good faith in response to a request of the government to deliver personal protective equipment (PPE) for health workers.

In a statement, lawyer Kim Baltazar, Xuzhou counsel, said media reports that the company did not register and did not pay income taxes in the Philippines had “put the company into (sic) bad light.”

“The reports have caused damaging effects to our brand reputation and the Filipino public opinion toward our company. [Xuzhou] categorically denies these claims and declares that the reports are false,” she said.

Baltazar blasted as “malicious” Hontiveros’ presentation of photos showing President Duterte and Xuzhou’s top executives during an official visit in Malacañang in 2017, which was a practice done by “reputable” companies to pay a courtesy call on the “new administration.”

“We hope our legitimate rights, interest and reputation shall be duly recognized and safeguarded. In view of the doubtful claims and false reports, we will reserve the right to pursue legal liability and other appropriate legal actions,” she said.

Xuzhou’s lawyer, however, did not respond to queries on why the company was training its guns on Hontiveros only, when it was Senate Minority Leader Franklin Drilon who first raised the issue of its tax liabilities in the ongoing Senate blue ribbon investigation of the alleged misuse of about P67.3-billion funds for pandemic response.

Sen. Panfilo Lacson also rejected Xuzhou’s claims that the proceeds of its contracts with the Procurement Service of the Department of Budget and Management (PS-DBM) was supposedly deducted a 12-percent value-added tax, saying this cannot be imposed since the company was not registered with the BIR.

According to Baltazar, Xuzhou’s delivery of 1.25 million PPE sets in April and May 2020 was made upon the “urgent request” of the Philippine government through the [PS-DBM] “to cope up (sic) with the epidemic (sic).”

She said the delivery of the PPE sets were done on “cost, insurance and freight terms,” which were assumed and paid for by the seller until the goods were received by the buyer.

“Our company is only responsible for export delivery, not the import, sales, use and links in the Philippines. Hence, the transaction is deemed completed once the goods are loaded at the Chinese port,” she said. Baltazar did not explain the claim of its country representative, Robin Han, that it was slapped with a 12-percent VAT.