Inday Sara to supporters: Caravan unnecessary, let’s save on fuel 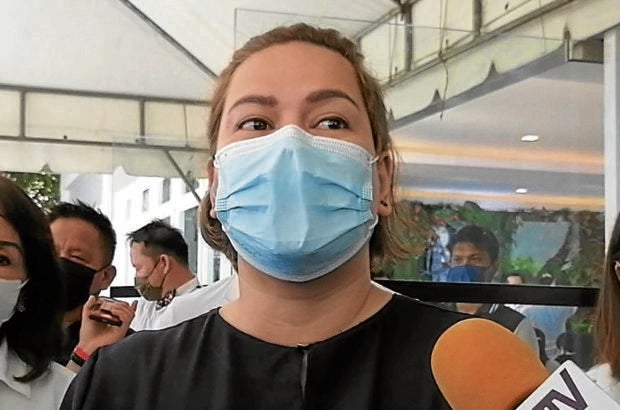 Mayor Sara Duterte opposes the plan of her supporters to launch a caravan. —CONTRIBUTED FILE PHOTO

MANILA, Philippines — Davao City Mayor Inday Sara Duterte-Carpio called on her supporters organizing a caravan urging her to run for president to forego the event, saying their efforts would be better spent on “something more productive.”

Duterte-Carpio is referring to the Sara All Philippines 2022 Caravan that will be conducted in various areas in the country such as Cotabato City, Bukidnon, Cagayan de Oro, Leyte, Samar, Legazpi, Naga, Lucena, Batangas, and Manila, among others.

“I am respectfully appealing to the organizers of Sara All Philippines 2022 to forego the planned Cotabato to Manila caravan from [November] 4 to [November] 15,” Duterte-Carpio said in a Facebook post.

“In the times of the COVID-19 pandemic, it is extremely unwise to move around the country. I am urging the organizers and the supporters to translate your expression of support into something productive and relevant to society,” she added.

Duterte-Carpio said her supporters can use their resources “to buy food to feed the hungry and the poor and to conduct other activities that benefit those who have less in life and the underprivileged.”

“Let us not unnecessarily contribute to global warming. Let us save on fuel,” Duterte-Carpio said.

“Your overwhelming support and trust in me are not being unnoticed. They are deeply appreciated. But then again, the caravan is not necessary because a decision was already made public as early as September 10 not to run for President,” she added.

Duterte-Carpio earlier filed a COC for reelection as Davao City mayor for the third and final time. However, some supporters are still pushing her to vie for presidency amid the looming November 15 deadline for the substitution of candidates.