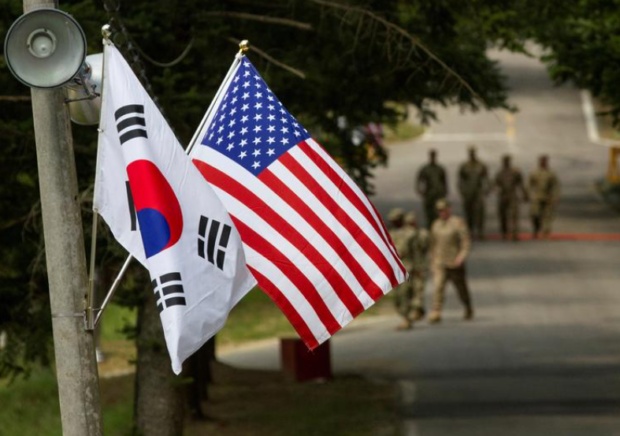 SEOUL — South Korea and the United States kicked off joint aerial drills on Monday, a military official in Seoul said, amid tensions over North Korea’s recent missile tests and calls for a restart of denuclearisation talks.

The exercises, previously called Vigilant Ace, once mobilized tens of thousands of troops and hundreds of cutting-edge fighter jets, bombers, and other warplanes.

But the program has been scaled back since 2017 to facilitate talks aimed at ending Pyongyang’s nuclear and missile programs in return for U.S. sanctions relief.

The allies began the drills, which will last five days, without announcing or naming them. Yonhap said that some 100 aircraft were dispatched from each side, including South Korea’s F-15Ks and KF-16s and U.S. F-16s, but that no equipment or soldiers from the U.S. mainland would join the exercises.

The drills came after North Korea fired a submarine-launched ballistic missile, the latest in its recent series of weapons tests.

The reclusive country sees exercises in the South as a rehearsal for war, and severed inter-Korean hotlines when the allies held regular summer training in August, accusing Seoul of “perfidious behavior.”

The U.S. envoy for North Korea, Sung Kim, slammed the test as “concerning and counterproductive” during his visit to Seoul last week and urged Pyongyang to accept offers to talks.

The North has so far rebuffed U.S. overtures, accusing Washington and Seoul of applying “double standards” by criticizing its weapons programs while talking diplomacy and stoking tension with their own military activities.