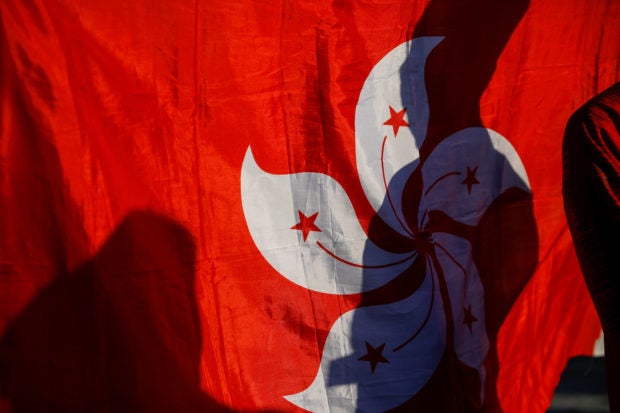 A shadow is cast on a Hong Kong flag as Hongkongers gather before a soccer match between Hong Kong and China outside Busan Asiad Stadium in Busan, South Korea, December 18, 2019. REUTERS

SYDNEY — Australia will introduce two permanent residence visas for Hong Kong citizens who have been living in Australia, the government said on Monday.

About 9,000 Hong Kong citizens in Australia on temporary visas will be eligible to apply for the permanent visas, which open next March, said minister for immigration Alex Hawke.

Australia has been critical of Beijing’s imposing a national security law in Hong Kong and changing its electoral system. Canberra says those moves undermine rights and the high degree of autonomy that China had guaranteed until 2047.

In the 18 months to July 2021, about 6,000 Hong Kong citizens in Australia have been granted permanent visas, and 9,250 applications were filed, immigration department records show.

“These new visas will provide a pathway for temporary graduates and temporary skilled workers from Hong Kong currently in Australia on extended visas, and will build on the already close family connections and economic ties with Hong Kong that have existed for many years,” Hawke said in a statement.

Both Hong Kong and British National Overseas passport holders will be eligible for the visas.