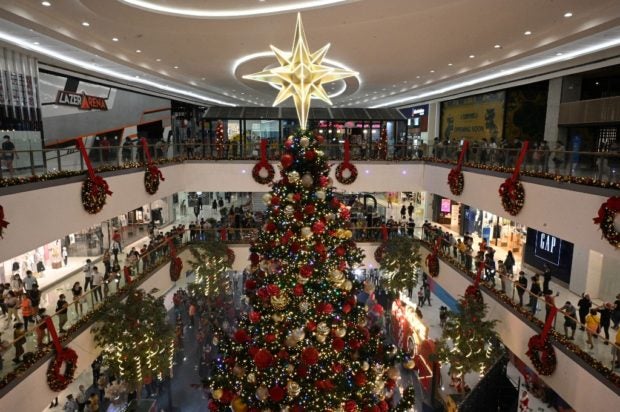 Abalos said that he met with mall operators last week to discuss extending operating hours in malls in the National Capital Region (NCR).

“It’s more of anticipating traffic in the future because of shopping. Alam naman natin [We know that] it’s the season of November, December yung mga shopping diyan e [where many go shopping]. The thing is, mahirap na magsiksikan tayo [crowding or congestion is not ideal] within the rush hours or peak hours,” he told INQUIRER.net over the phone.

“To spread the time, that’s the main purpose of this,” he added.

In a press briefing last week, Abalos said he is proposing the extension of mall hours to 11 p.m. or up until midnight.

Abalos said he had set conditions to mall operators, including limiting days where they can offer items on sale.

“That’s why I’ve requested three things: Number one, extending the mall hours. Number two, if it’s OK with them there will be no sale on weekdays, just on weekends: Saturdays, Sundays and holidays. And Number three, if it’s possible, deliveries should be during night time,” he said.

“So, all of these, they are amenable,” he added.

The possible extension of mall operating hours, however, should still be in accordance with the respective ordinances of local government units on minors, according to Abalos.

“Because even before this pandemic, each LGUs has its own ordinance regarding minors,” he said.

Mall operators, he added, also raised concerns over the curfew imposed in Metro Manila from 12 midnight to 4 a.m.

“If it’s going to be after 11 or even 12 [midnight], papaano kung may curfew? Which is talagang very logical. Talagang it’s a concern,” he said.

(If the mall hours are going to be extended after 11 or even 12 midnight, what if the curfew is still imposed? Which is a logical concern. It’s really a concern.)

“With reference dito sa curfew, I’ve already raised the issue to the [Metro Manila] mayors, we have discussed this in a Viber group, they have already voted on this and I’m just preparing the resolution,” Abalos said.

“I’m having it readied and signed and I’m going to announce this,” he added.

Metro Manila is under Alert Level 3 until Nov. 14.