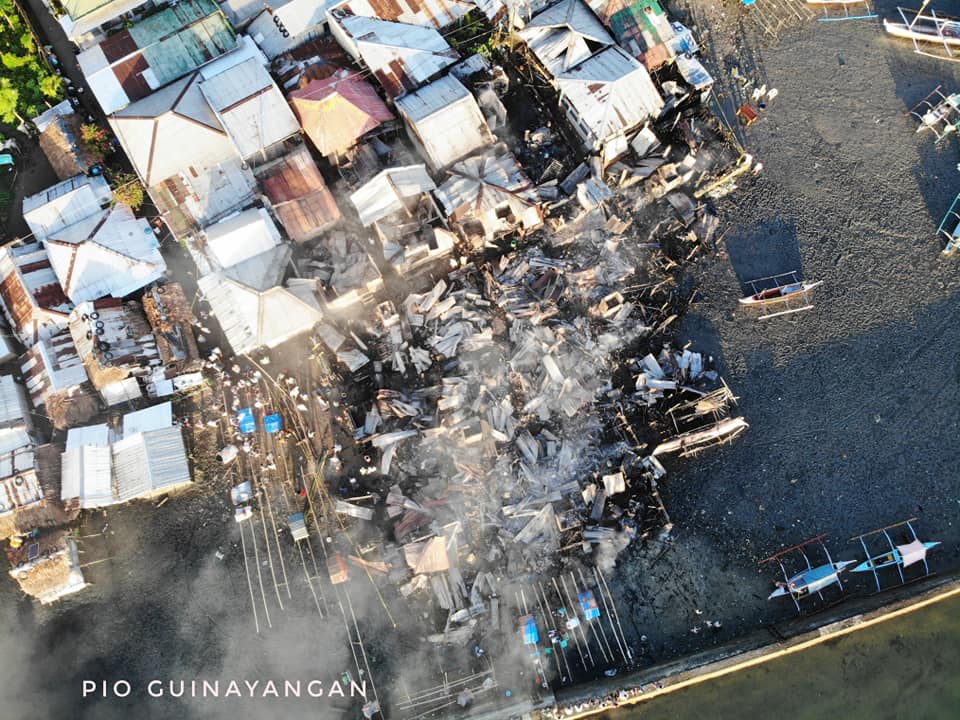 Photo shows aerial image of the area in Barangay Mangagawa, Guinayangan, Quezon hit by a fire that broke out pre-dawn Friday that killed two children and razed 38 houses. PHOTO COURTESY OF THE GINAYANGAN PIO

The blaze started around 2:15 a.m. in the house of the Cadarit family that was supposed to be unoccupied, said Police Patrolman Raul Almario, the case investigator.

“There was no one living there,” he said in a phone interview.

He said they received information that an unidentified male person went to the Cadarit house on Thursday.

The police were still looking into the identity of the person and what he did inside the house.

Firemen were also still investigating the cause of the blaze.

The fire was declared under control 35 minutes after it started.

The property damage has yet to be determined by the authorities.