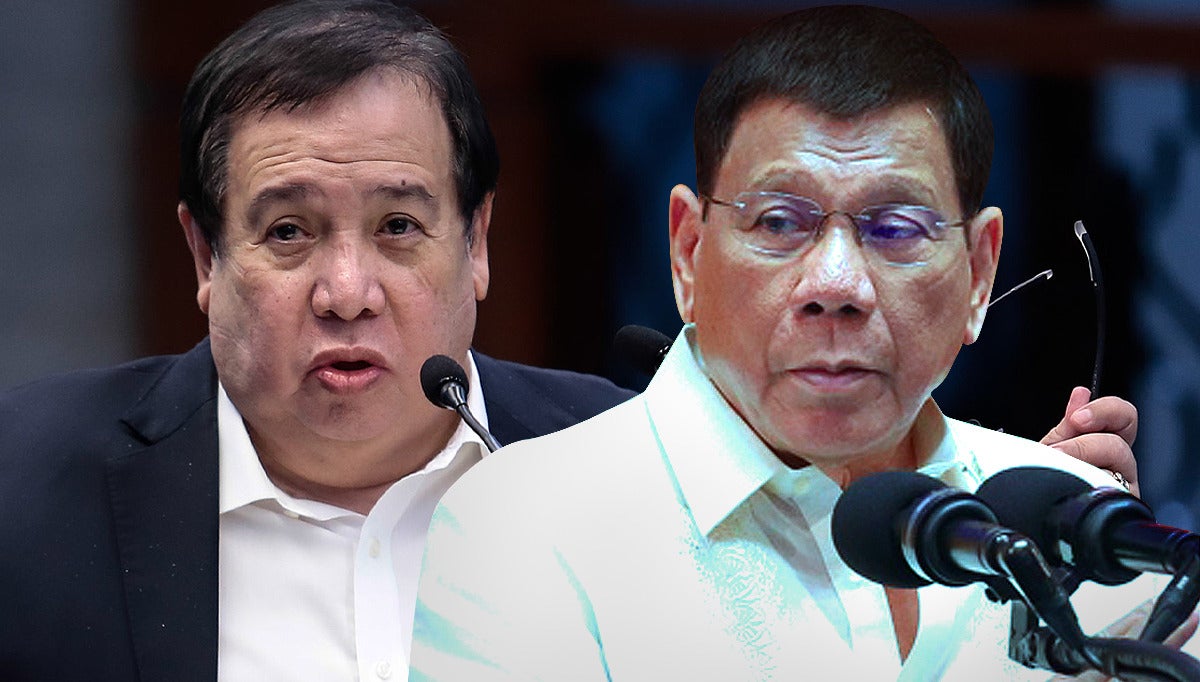 MANILA, Philippines — Sen. Richard Gordon continued to lash at President Rodrigo Duterte on Thursday and claimed that the Chief Executive’s recent remarks showed “clear indications” that the President would inflict bodily harm on the senator for leading an ongoing Senate investigation into the alleged misuse of pandemic funds.

Gordon questioned Duterte’s motives for supposedly blocking the progress of the investigation, as many of the Cabinet officials invited by the committee have stopped attending the inquiry, citing a Malacañang directive.

“You tell me to just apply in the judiciary and the sheriff would probably be the first to shoot me. What do you mean by that, Mr. President? This is another sign that you are trying to threaten me with bodily harm,” he said.

Gordon said Duterte’s action of blocking the Senate investigation and supposedly coming to the defense of the embattled former officials of the Procurement Service of the Department of Budget and Management was tantamount to “betrayal of public trust” and a “culpable violation of the Constitution,” which are impeachable offenses.

Gordon wondered whether the President’s actions were already an indication that he was behind the Pharmally and PS-DBM fund scandal.

“These unscrupulous people are being emboldened because they have you as their lawyer; they have you as the one answering for them; you are the one trying to conceal the corrupt acts, so ultimately, you should be held liable,” he told the President.

In an impassioned opening statement, Gordon called on Duterte to contemplate how he has been running the country, having been called “Tatay Digong” but supposedly favoring foreigners.

“You are supposed to act in parens patriae, in loco parentis, parent of the country; Tatay Digong, you should be defending your own children, and not defending only those who plundered the public funds,” he said.

Gordon blasted Duterte for coming to the defense of personalities accused of manipulating the award of contracts to favored firms, and for the supposed overprice of pandemic supplies, while the country is reeling from the effects of COVID-19.

“It heavily harms the people by siding with a few abusive, already rich unscrupulous individuals,” he added.

Gordon also chastised the President for appointing his longtime friend, Chinese businessman Michael Yang as presidential economic adviser, even with the Philippines’ territorial dispute with China over the West Philippine Sea.

He cited an “admission” from the President that it was Yang whom he supposedly requested to “lay the ground, do the legwork” to allow him to “get a new deal, new relations” in support of a foreign policy that is “neutral.”

“It is reckless, it is inappropriate and even illegal at this point in time that we have this wrangling in the West Philippine Sea, [Mr.] Duterte made a very drastic pivot without even consulting the other branches of government,” Gordon said.

The President himself admitted how Yang exerted much influence on him, Gordon said.

“I urge the BIR (Bureau of Internal Revenue), I urge the [Bureau of] Customs, I urge every one of those who know[s] something about these [anomalies] to stand up, to come out and speak up, and correct the menace of corruption in our country,” he said.

“All glory is temporary and transitional … Do not think that your position is for an entire lifetime,” he said.

The senator expressed lament that the President’s recent pronouncements would indicate he has been possessed by the devil.

“What you have been saying is exactly what the devil wants: you curse the Pope; you obstruct the Senate investigation of corrupt acts. All the more you are exposing yourself,” he said.

“Do not get mad at me because all I am saying came from your own lips. I am just quoting them,” Gordon added.