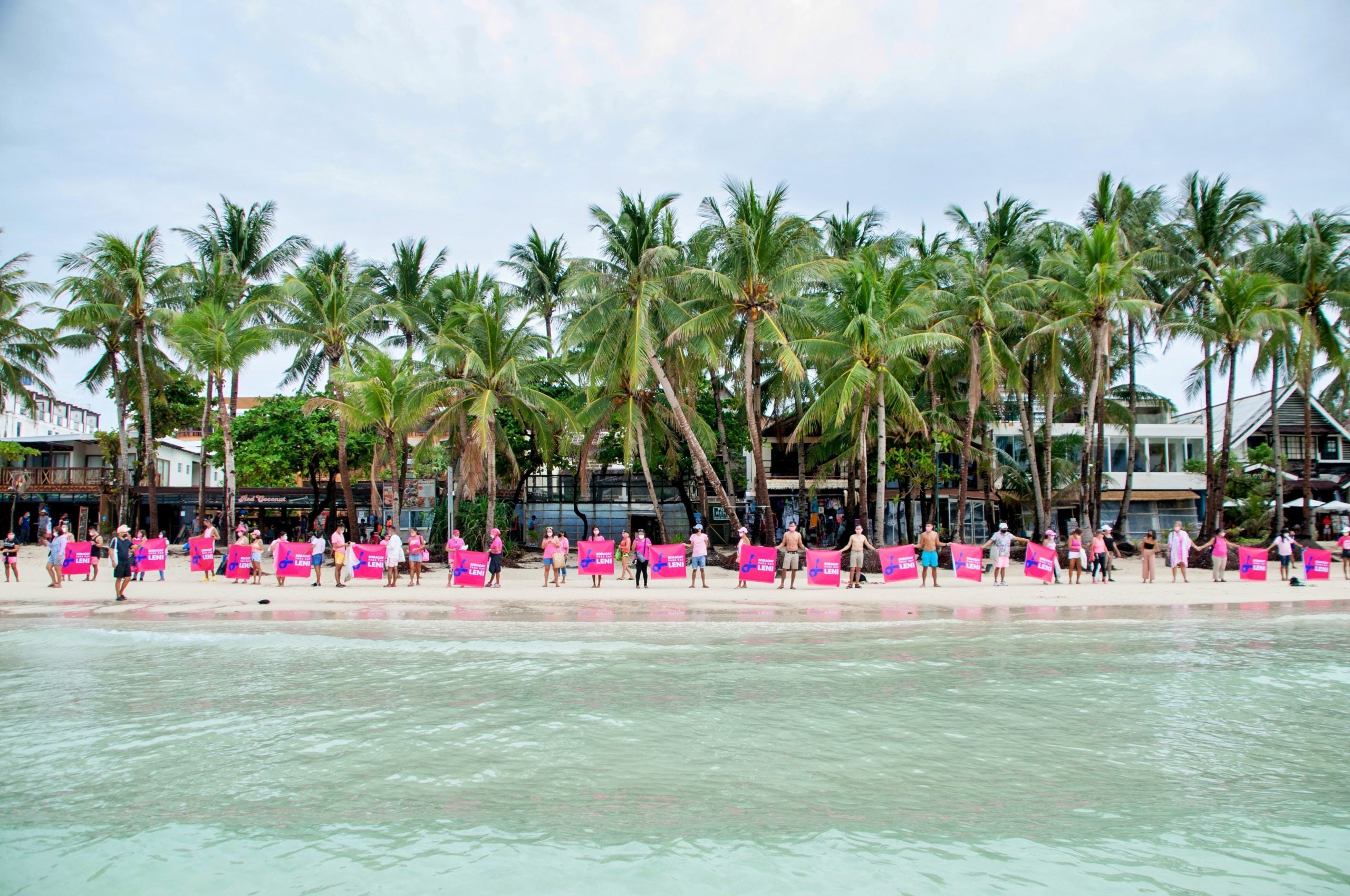 ILOILO CITY—Around 30 outrigger boats or paraws with pink ribbons on their sails paraded Saturday on the waters of Boracay Island in a show of support for the presidential bid of Vice President Leni Robredo.

“We were overwhelmed with the response despite the short preparation,” said Dian Tobes, a business operator and one of the volunteers.

She said they were expecting three to four Paraws but owners of the sailboats volunteered to join the fluvial parade timed with the nationwide caravan of supporters of Robredo.

While the volunteers have called themselves “Boracay Para Kay Leni,” Tobes said they have no organization yet and no leaders.

“Friends called each other and decided we should start a movement here and we spent our own money for expenses,” she told the INQUIRER in a telephone interview on Sunday.

The volunteers include small business owners and residents. 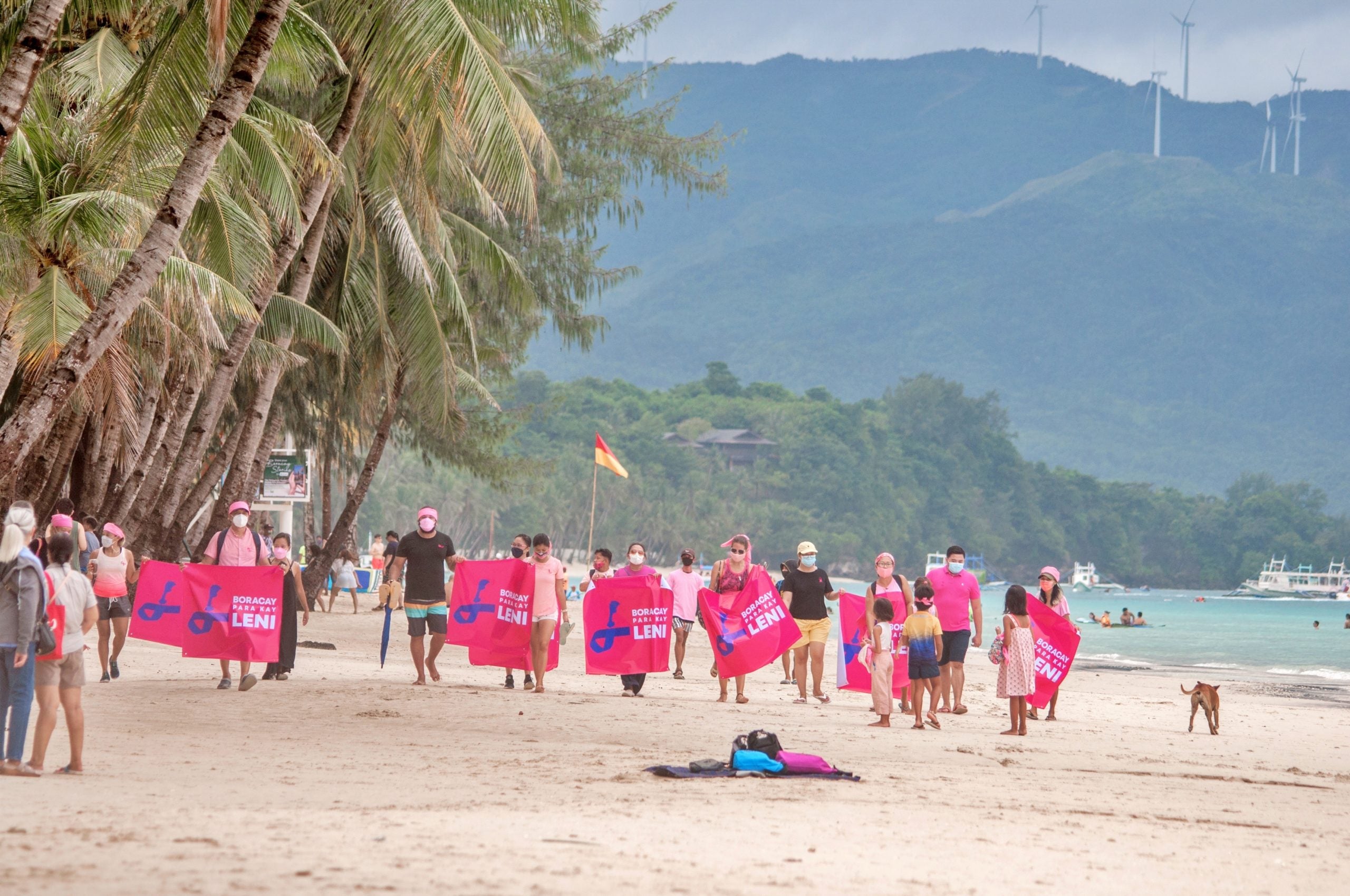 They have come up with a logo that includes a map of Boracay.

They plan to reach out to other Robredo supporters on the mainland of Malay town, where the island is, and other towns in Aklan due to requests by residents.

Tobes said the volunteers, including those who were for President Duterte in the 2016 elections, are supporting Robredo over frustrations on how the COVID-19 pandemic is being handled, and corruption.

Many were also devastated by the six-month closure of the island in 2018.

“A lot of us suffered very much when the island was closed down in 2018,” she said.

Duterte ordered the closure of the island for six months from April 26 to October 25, 2018, to undergo rehabilitation after he called the world-famous destination a “cesspool.”

While most residents and business owners supported the rehabilitation of the island, they repeatedly appealed that the island should not be closed down or that it should be implemented in stages because of the tens of thousands of residents who are dependent on tourism for their livelihood. 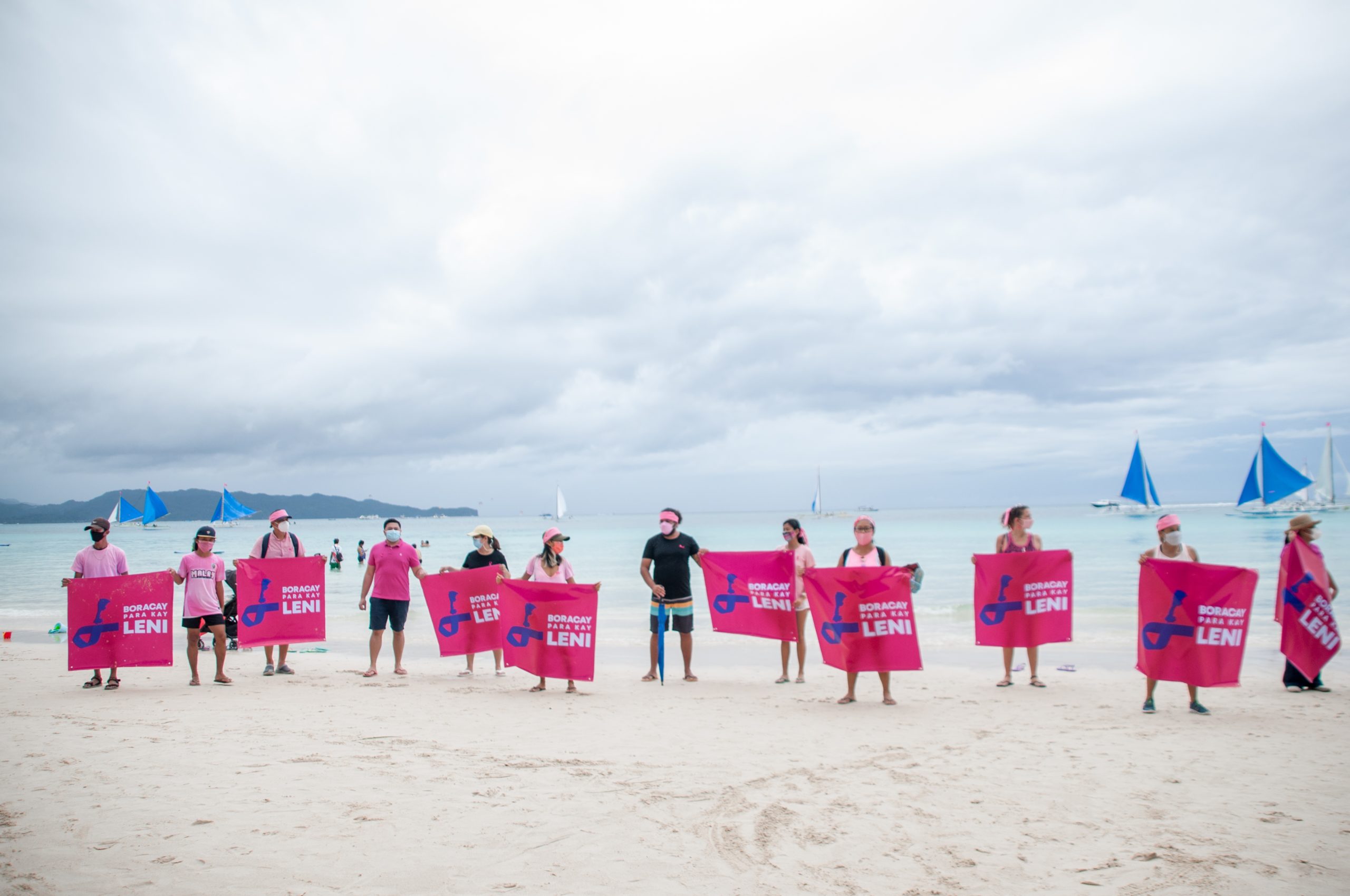 Robredo’s supporters in Boracay are aware that they have a lot of work to do.

“As of now, not all of Boracay is for Leni. But we are determined to convince people why it should be Leni,” Tobes said.

In the 2016 elections, Duterte won over Liberal Party standard-bearer Manuel “Mar” Roxas II by a wide margin in Boracay, supposedly a bailiwick of Roxas and the then administration.

Robredo, however, won on the island with 5,818 votes, followed by former senator Ferdinand “Bongbong” Marcos Jr., who got 3,853.