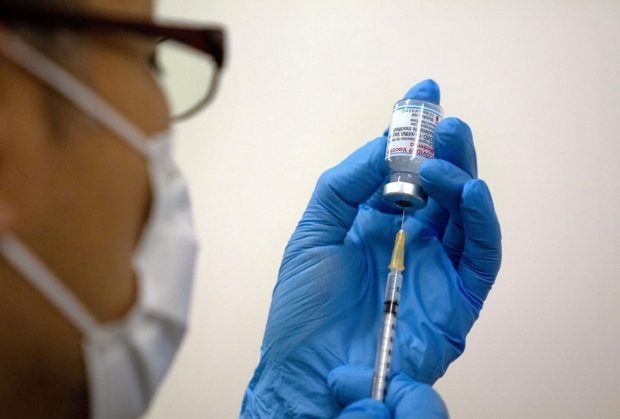 ILOILO CITY—The COVID-19 vaccination for minors in this city will start on Oct. 29 in this city, according to Mayor Jerry Treñas.

“We will go ahead with the vaccination of all those who have already pre-registered. The city is ready to give our minor children the protection that they need from COVID-19,” Treñas said in a statement.

The city aims to inoculate 50,000 minors aside from the 525,000 adult population and those working in the city.

The Iloilo City Government is preparing to vaccinate 5,894 minors aged 12-17 years old, who pre-registered as of Oct. 22.

The pre-registration is held at SM City North Wing (fronting Café Iloilo); Festive Mall cyber area; Globe vaccination booths in all public plazas in the city from 9 a.m. to 5 p.m. daily; Atria from Thursday to Sunday from 10 a.m. to 5 p.m.; and at barangays.

The Department of Health (DOH) targets to inoculate minors with comorbidities outside of Metro Manila on Oct. 29.

Dr. Daphynie Teorima, a DOH spokesperson in Western Visayas, said in an online briefing Monday that the vaccination of minors would be held initially in four hospitals in Iloilo City and one hospital in Bacolod City.

She said the plan and details of the vaccination were being finalized, as well as the coordination between the hospitals and local governments.

The DOH plans to reach the vaccination target of 70 percent of the population by the end of 2021.

Based on the data of the DOH regional office, the number of fully vaccinated in Iloilo City has reached 291,004, or 86.82 percent of its target population.

The Iloilo City government has, however, targeted residents and non-residents working in the city.

Due to an excess in vaccine supplies, it has also allowed residents of neighboring provinces to be inoculated in the city.

Treñas has requested the Inter-Agency Task Force for the Management of Emerging Infectious Diseases to allow the city to roll out COVID-19 booster shots for medical frontliners, those 60 years old and above, and those with comorbidities.

But the DOH regional office said that based on their protocols, booster shots would be administered only after 70 percent of the population has been vaccinated.