Expect rain to continue in Quezon, Bicol Region due to amihan – Pagasa 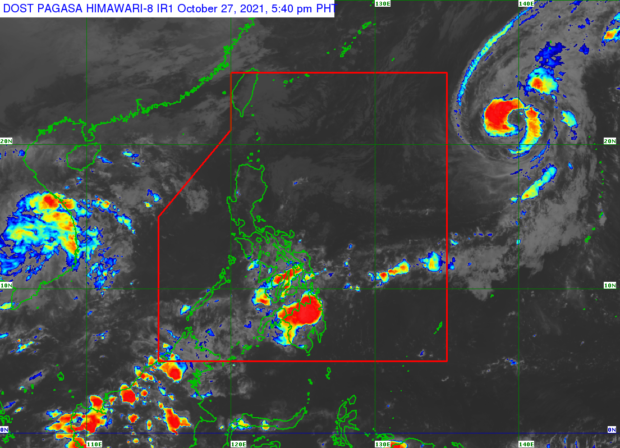 MANILA, Philippines — The province of Quezon and Bicol Region would continue to experience overcast skies and rain on Thursday, the state weather service said, amid the prevailing northeast monsoon, locally known as amihan.

Weather would be clear and hot for Metro Manila and the rest of Southern Luzon, according to Pagasa’s Ariel Rojas, but the threat of thunderstorms around Thursday afternoon and evening remains.

(Metro Manila and the rest of Southern Luzon will have clear and hot weather, with the threat of thunderstorms around Thursday afternoon and evening.)

The state weather bureau further said hotter and more humid weather would be experienced in Visayas and Mindanao on Thursday. But Rojas warned that thunderstorms — which will be stronger in Mindanao — in the afternoon until evening is also seen to occur.

Still on Pagasa’s monitoring were the two active storms outside the Philippine area of responsibility (PAR): the tropical depression off Palawan, which left the country as a low-pressure area, and the severe tropical storm with the international name Malou, which was located east of extreme Northern Luzon.

(They have no effect on our weather in the Philippines, and both are moving away from the country.)

Rojas added no storm may be expected to form within PAR in the next few days or until the end of October.

Meanwhile, below are the temperature range in key cities/areas nationwide as predicted by Pagasa for Thursday:

As for gale warning, Pagasa said it remains up over the seaboards of Batanes Islands, Babuyan Islands, and Ilocos Norte.

It added that moderate to rough sea conditions are also expected over the rest of the country’s coasts, while inland seas in the Visayas and Mindanao will have slight to moderate sea conditions.