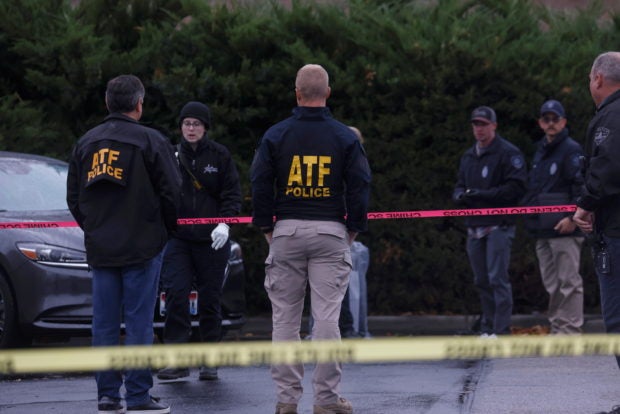 A man who opened fire with a handgun at a shopping mall in Boise, Idaho, killing two people and injuring several others, including a police officer, died on Tuesday from wounds sustained during the violence a day earlier, authorities said.

Investigators have yet to determine whether the fatal injuries resulted from an exchange of gunfire with police at the scene, or from a self-inflicted gunshot before he was taken into custody, according to Boise Police Chief Ryan Lee.

The motive for Monday’s midday bloodshed remained under investigation, Lee told reporters in a briefing a day after the attack at Boise Towne Square mall on the west end of Idaho’s capital.

The suspect was publicly identified on Tuesday as 27-year-old Jacob Bergquist, a Boise resident. Police Chief Lee described him as having had previous run-ins with mall security and police for “disruptive behavior.”

“We have had contact with him in the past [but] we did not have any reason to arrest him,” Lee said, adding that Bergquist was not believed to have had any employment history at the mall.

Police also disclosed new details about incident, saying that the suspect, dressed in black, fired multiple shots inside the mall before he fled the building and was confronted by officers arriving on the scene within 2 1/2 minutes.

He credited the swift response by law enforcement with preventing a “more grave tragedy.”

The slain victims were identified by the county coroner as Joseph Acker, 26, a mall security officer who was the first person shot, and Roberto Arguelles, 49, who was gunned down near and elevator and died at a hospital.

Two women, aged 52 and 23, were injured as the suspect proceeded through the mall firing rounds into the floor, and a third woman, 68, was injured in her vehicle outside the building, apparently caught in the crossfire between police and the gunman, authorities said.

A Boise police officer called to the scene was shot at through the window of his vehicle and was injured by shards of broken glass, though evidence shows that gunfire struck the hat he was wearing, police said.

Another man was taken by private vehicle to a hospital and treated for injuries suffered in a fall while fleeing the mall, police said.

None of the wounded people’s injuries were considered life-threatening, authorities said.

Lee said the suspect did all his shooting with a handgun, but a police statement online said he was carrying multiple firearms.

Read Next
Australia to lift outbound travel ban for vaccinated residents from next week
EDITORS' PICK
SMDC’s Bloom Residences: A master planned community that cares for your health and wellness
COVID-19 cases in PH pass 3.2 million mark with 37,154 new cases — DOH
Over 3 Million worth of prizes to be won at Smart Padala’s SENDali Manalo Promo!
Upsilon, Unilever give ‘real talk’ on climate change crisis
What to expect as Metro Manila starts ‘no vaccination, no ride’ policy on Monday
Metro Manila’s daily COVID-19 growth rate drops to 2% — Octa Research
MOST READ
IATF protocols now apply to travelers who arrived on or before Jan. 13
‘Not my loss’: Did Kris Aquino just comment on her breakup with Mel Sarmiento?
Thailand records first Omicron death
Tito, Vic and Joey still not quitting, breaking trends as they celebrate 50th year in the biz
Don't miss out on the latest news and information.