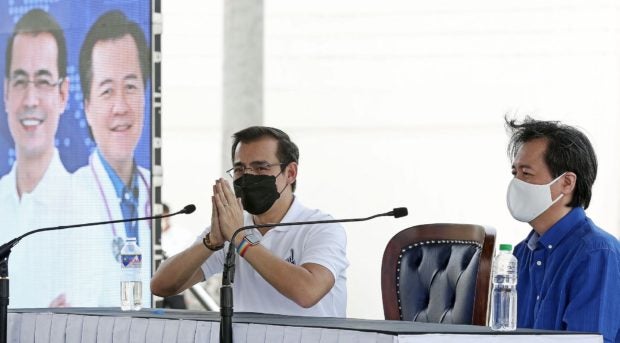 MANILA, Philippines — While apologizing to those he may have offended over his remarks against Vice President Leni Robredo, presidential candidate  Francisco “Isko Moreno” Domagoso stood Monday by his comments, saying he does not like sugar-coating.

According to Moreno, he does not believe in sugar-coating, especially “in a challenging time.”

“If I offended them, I am sorry. I’m no angel, but definitely I am not the devil. And I don’t like sugar-coating [statements] in a challenging time,” Moreno said in an interview with ABS-CBN News Channel.

“This is not about Mr. and Mrs. Congeniality or Mr. Universe, this is the lives of our people. Things must be said, and directions and decisiveness must be done. That’s me, that’s how we do it in Manila—straightforward, walang [no] sugar-coating,” he added.

Following Robredo’s announcement of her presidential bid, Moreno questioned the Vice President’s intention to vie for the highest government post—particularly her goal to stop the Marcoses from returning to power.

Following these remarks, Robredo’s supporters and even some of Moreno’s party mates such as senatorial candidate Samira Gutoc expressed dismay over the mayor’s statements.

Asked if he regrets the remarks he made, Moreno said: “No, I don’t regret anything. I’m just being honest.”