Pampanga’s ‘lahar watcher’ passes away at 71 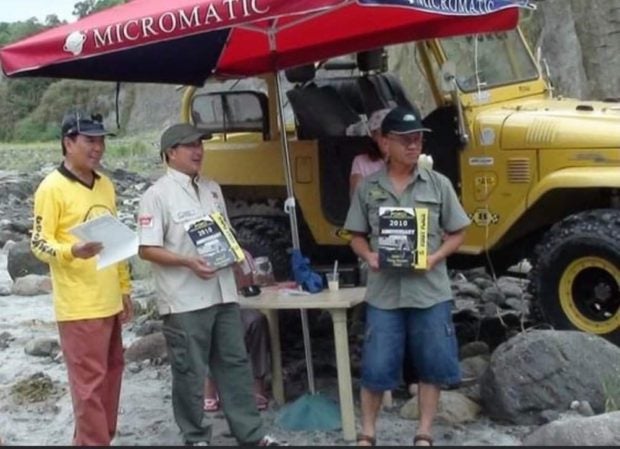 But out here, there is another man fondly called Mr. Megadike.

Engr. Mariano Castro earned that moniker for his strict and constant monitoring of the lahar-trapping superstructure ringing the Pasig-Potrero.

He died Sunday, Oct. 24, of cancer at age 71, his friend and business leader Rene Romero confirmed.

The mega dike was a result of the “To Dike or To Die campaign.” It would have an additional structure built with private funds. This was the San Fernando-Sto. Tomas-Minalin Tail Dike.

During typhoons, Castro took journalists along as he inspected the eastern and western sides of the mega dike to check for gullies, cracks, water ponding, or displacement of sabo dams, reporting his findings straight to the Department of Public Works and Highways.

A civil engineer, he monitored the FVR Megadike because it was a task assigned to him by the Save San Fernando Movement.

“I learned to love the job,” he once said, adding it was a life-saving job. He was always tuned in to the two-way radio of soldiers and police assigned in the Delta 5 at the highest point in Porac town, some 10 km down of the volcano.

Castro—Lolo Marni to friends—made sure the approved design of the Megadike was followed and the compaction was correct, according to Board Member Ananias Canlas, former mayor of nearby Bacolor.

“Like leaders in Pampanga, Lolo Marni did not agree to plans to leave Pampanga to the mercy of Nature. They demanded engineering interventions,” Canlas recalled.

Castro, Romero, and another business leader, Levy Laus, made off-roading a hobby after the province’s landscape changed. They formed a club active in rescue and relief missions.

Romero said Castro was the “workhorse who strictly followed a plan that worked and delivered results.”

“He spoke to street sweepers and mayors as equals,” she added.

For the many volunteer works he did, Castro was called Citizen Marni by Gov. Dennis Pineda. “He exemplified a genuine civic leader,” the governor said in his social media post. INQ