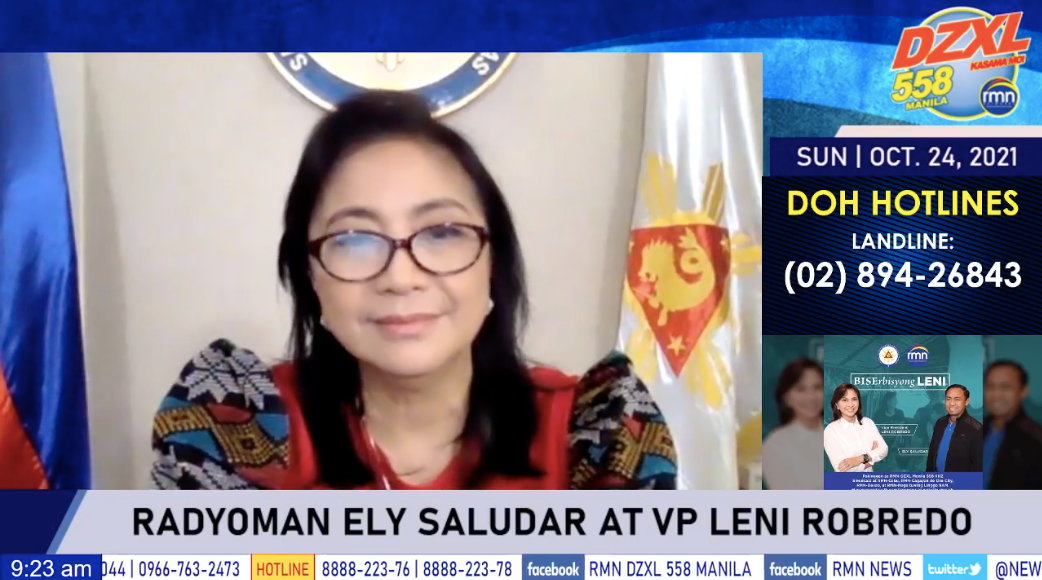 MANILA, Philippines — The findings of the Department of Justice (DOJ) on the 52 drug war cases under the administration of President Rodrigo Duterte only confirm that there are lapses which the public has known for long, Vice President Leni Robredo said on Sunday.

Based on its report, the DOJ contradicted police’s claim of “nanlaban” or the victims fighting back, leading to their deaths.

(Actually, the DOJ’s investigation is not yet done but the initial findings confirm what we know for long — that there are many lapses.)

Despite only reviewing 52 cases out of the thousands of drug war victims, Robredo said that it is still good to serve justice to the drug war casualties.

(I hope that this will serve justice to those killed. It is important to the bereaved families to have good data about who the killer was, why the victims were killed, what are the real circumstances of their deaths. And if there are wrongdoings, if they are victims of extrajudicial killings, suspects should be accountable.)

Earlier, Duterte slammed critics anew for failing to see the “other side” of the drug war campaign, saying there are other casualties aside from the alleged victims.

Palace denies gov’t too soft on cops involved in drug deaths; raps will be filed