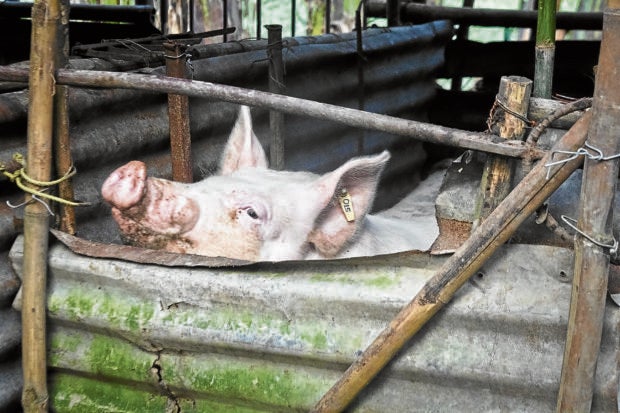 At the height of the outbreak, Dar said ASF cases were recorded in 12 regions.

“As of this date, three regions na lang where ASF is present,” he said during the hearing of the Senate finance subcommittee on the proposed budget of the Department of Agriculture for 2022.

(Previously, in terms of provinces, about 50 provinces [had  ASF cases]. Now, it’s only five provinces.  There were 624 cities and municipalities before. As of this date, 20 municipalities or cities)

Meanwhile, the number of barangays with ASF cases was also down to 83 from 3, 383, the agriculture  chief further said.

Dar did not identify the areas still reeling from the ASF crisis during the hearing.

Like COVID-19  infections, the agriculture chief said ASF will continue to linger unless health and quarantine protocol is observed.

Senator Imee Marcos, however, asked why, despite the reduction of ASF cases, prices of pork remain high.

According to Dar, one explanation is that hog raising only continues in so-called “green zone” or areas declared as ASF-free while those areas already allowed to start swine repopulation program are “still hesitant.”

The country has been placed under a state of calamity until the end of the year due to the ASF outbreak.