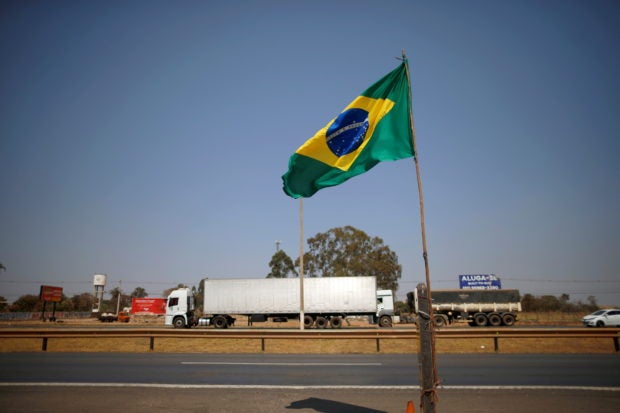 BRASILIA/SAO PAULO — Brazilian President Jair Bolsonaro said on Thursday that his government has decided to grant about 750,000 truckers fuel relief to offset price rises, a few hours after repeating that a planned new welfare program will not breach a constitutional spending cap.

His remarks on aiding truckers spooked investors who already feared that government spending on the new ‘Auxilio Brasil’ welfare program would widen its budget deficit.

The Brazilian real extended losses against the U.S. dollar after Bolsonaro’s comments, plunging more than 2%, while the Bovespa stock index was down more than 4%.

Bolsonaro had told an audience earlier in the day that his government decided to raise Brazil’s welfare program payments to at least 400 reais ($70) per month for about 17 million families but would do it in a “responsible” way.

Economy Minister Paulo Guedes said on Wednesday that the government was considering seeking a 30 billion reais ($5.3 billion) waiver to the constitutional spending ceiling.