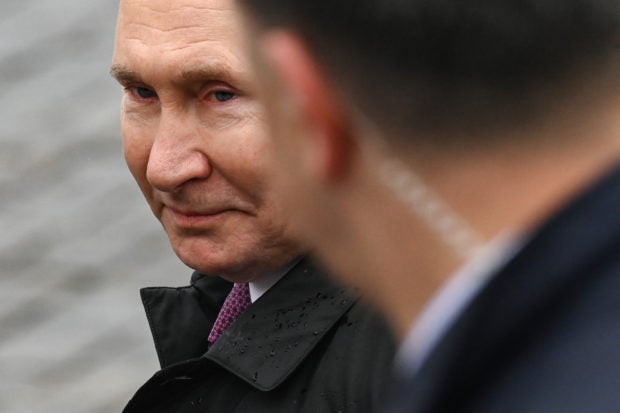 Moscow, Russia — President Vladimir Putin said mercenaries from private Russian security firm Wagner did not reflect the Kremlin’s interests after reports that hundreds of its employees were heading to jihadist-hit Mali.

The comments come after France and Germany last month warned the West African country against a reported deal with Wagner to hire 1,000 mercenaries.

The Russian company is believed to be close to Putin and has been accused of committing abuses.

“They do not reflect the interests of the Russian state,” Putin told members of the annual Valdai Discussion Club.

Speaking in the Black Sea resort city of Sochi, Putin said Wagner was a “private business” with “private interests tied to extracting energy resources, including various resources” like gold and precious stones.

But if its activities clashed with “the interests of the Russian state … then, of course, we must react,” Putin said.

The 69-year-old leader said Moscow has discussed the topic with “our French colleagues several times” and that French President Emmanuel Macron had raised it with Putin on several occasions too.

A shadowy military outfit comprised of private fighters, Wagner has been linked to conflicts in Ukraine, Africa, and the Middle East.

Reports of Wagner’s existence emerged at the beginning of the war in Ukraine, which was sparked in 2014 and spurred allegations the Kremlin was backing a separatist insurrection in the east of the country.

Wagner is believed to be financed by businessman Yevgeny Prigozhin, who has been hit with EU and US sanctions for destabilizing Libya and meddling in US elections.

Prigozhin is nicknamed “Putin’s chef” because his company Concord catered for the Kremlin.

He was hit with sanctions by Washington, which said his troll factory was behind 2016 election interference. Prigozhin has denied links to Wagner.

Mali, a poor and landlocked nation home to at least 20 ethnic groups, is battling jihadist attacks and intercommunal violence, which often spills over to neighboring countries.