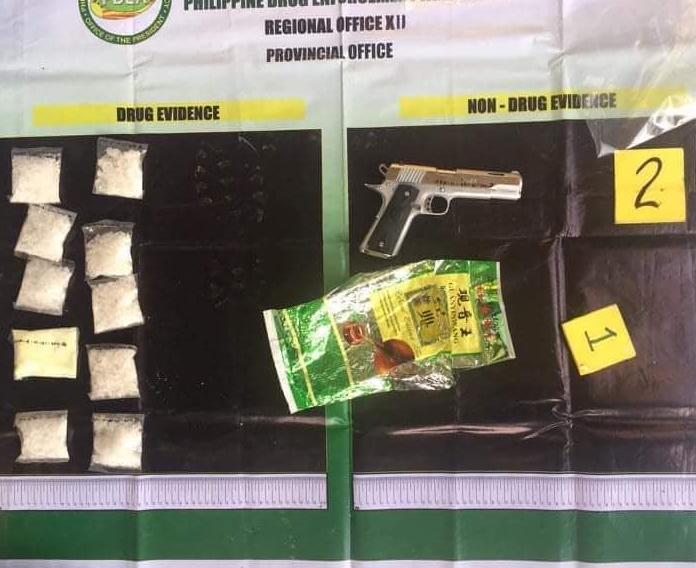 The suspected illegal drugs and a firearm seized from Nandang. /Photo courtesy of PDEA

MIDSAYAP, Cotabato––After two weeks of surveillance, agents of the Philippine Drug Enforcement Agency (PDEA), the police, and military arrested on Thursday morning a mayoral aspirant for alleged possession of illegal drugs and a firearm.

Nandang is a registered voter of and running for mayor of Northern Kabuntalan town in Maguindanao.

Nandang did not resist arrest but vehemently denied he was into illegal drugs, Oranza said,

The authorities seized from Nandang 10 sachets of suspected shabu worth about P500,000 each or a total of P5 million, and a cal. 45 pistol.

Nandang is now under PDEA custody while charges are readied against him.