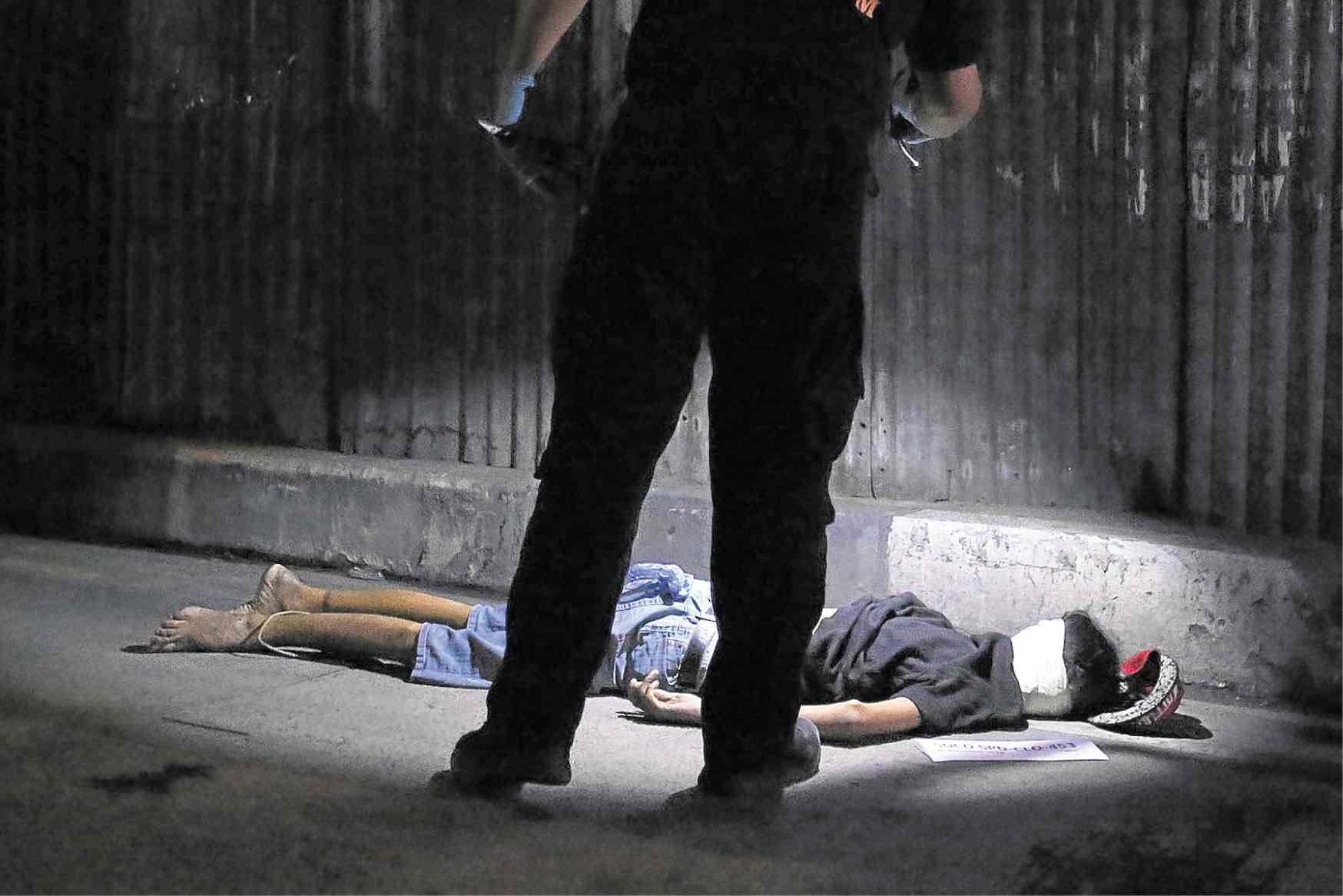 MANILA, Philippines — As the Department of Justice (DOJ) released its initial findings on 52 deaths that occurred in police operations against illegal drugs, Presidential spokesperson Harry Roque on Wednesday echoed the Duterte administration’s legal arguments to dodge prosecution for crimes against humanity by the International Criminal Court (ICC).

“These findings of the DOJ will belie all claims that the President is responsible under the principle of command responsibility because, on the contrary, it proves that the Philippine state has in fact investigated and prosecuted individuals for these extralegal killings,” Roque said in a media forum.

The President himself said on Oct. 4 that international investigators had no jurisdiction to probe his administration’s drug war since local courts were still functioning.

“We have our own judicial system here. Do not interfere. And, like I said, you never acquired jurisdiction over my person,” the President said in a late-night televised address.

The secretary lauded the DOJ for its investigation, which the President ordered in 2020, after ICC prosecutors found reasonable grounds to indict him for the thousands killed in the drug war, referred to as “tokhang” operations in the vernacular. “I commend the DOJ because it shows that the state is fulfilling its obligation to protect and promote the right to life,” said Roque, a lawyer who once represented the poor and downtrodden.

“[T]he state obligation, whenever there is a violation to the right to life, is to accord the victims domestic remedy, an effective domestic remedy. And this can be done through the filing of cases to ensure that guilty individuals will be prosecuted and punished for the acts,” Roque said on Wednesday.

Over the past five years of the Duterte administration, the President has repeatedly said he would order the police to kill drug personalities.

“If you are still into drugs, I am going to kill you. Don’t take this as a joke. I’m not trying to make you laugh. Sons of bitches, I’ll really kill you,” he said in Davao City on June 4, 2016, the fifth day after he became President.

Even after criticism of the mounting deaths from his antidrug war, Duterte addressed drug personalities on Aug. 6, 2016: “My order is shoot to kill you. I don’t care about human rights, you better believe me.”

The President has repeated similar remarks many times in many places across the country, leading critics to say he not only emboldened but enabled police wrongdoings.

By June 2019, the Philippine National Police admitted to at least 6,600 tokhang killings.