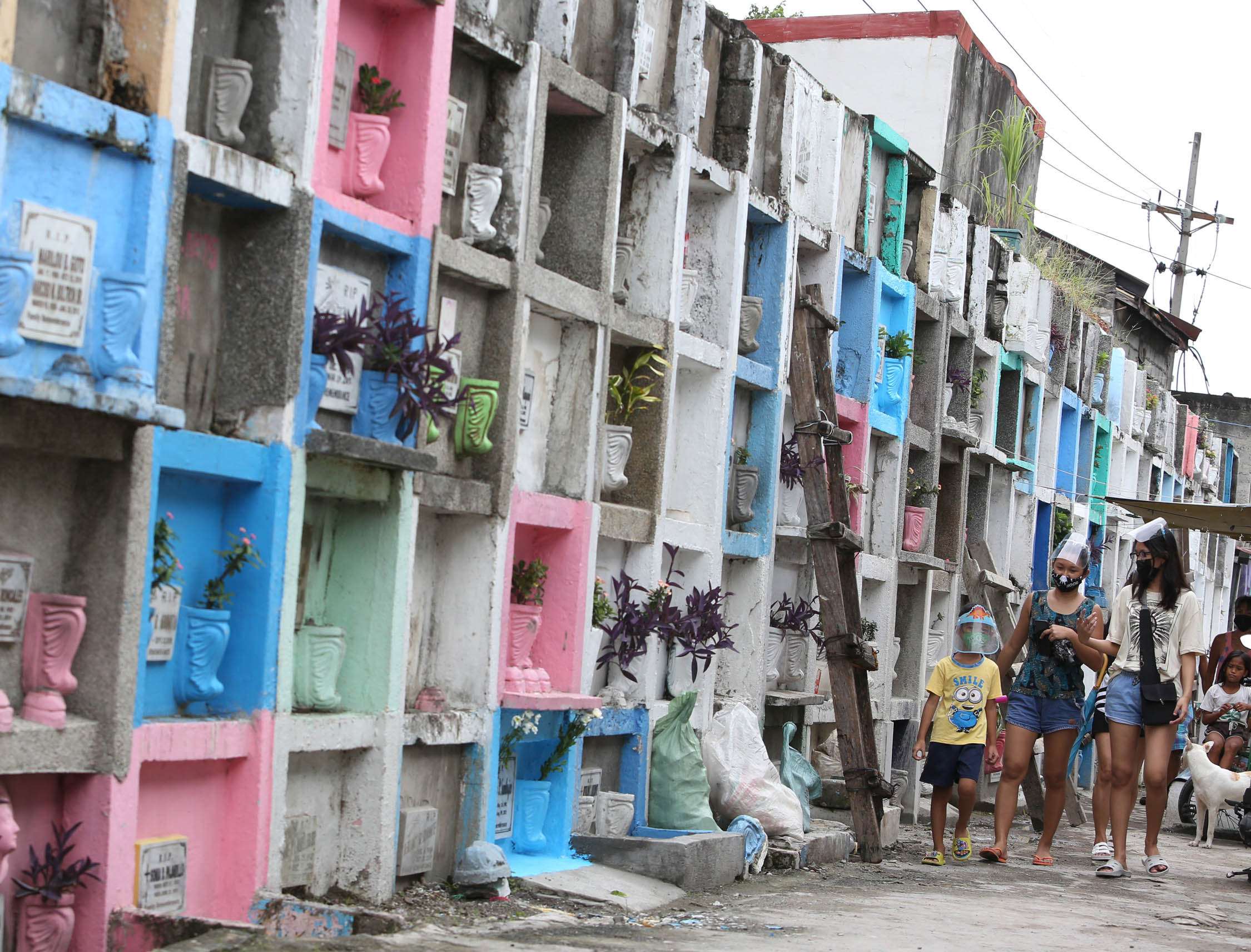 REMEMBERING A cemetery in Pasay City receives visitors paying respects to their departed relatives. Public cemeteries and private memorial gardens all over the country will be closed during the traditional “Undas” (All Saints’ Day and All Souls’ Day) to avoid mass gatherings and as a precaution against the spread of COVID-19. —MARIANNE BERMUDEZ

MANILA, Philippines — For the second year in a row, cemeteries nationwide will be closed from Oct. 29 to Nov. 2, locally called “Undas” or the traditional memorial days of the dead, to curb the spread of COVID-19, Interior Secretary Eduardo Año said on Wednesday. Outside of these dates, cemeteries, memorial parks and columbaria would be allowed to open their gates at 30 percent of their maximum capacity although this could go up to 50 percent depending on the local government.

Visitors should be limited to 10 persons per group.

Año ordered the police and local governments to ensure that visitors would comply with minimum health standard protocols.

Last year, the closure extended up to Nov. 4 with over 12,000 policemen and 17,000 force multipliers deployed to cemeteries to enforce peace and order.

Meanwhile, the League of Provinces of the Philippines (LPP) has asked the Inter-Agency Task Force for the Management of Emerging Infectious Diseases (IATF) to defer to next month the implementation of the new alert level system in selected areas.

“We will request if it can instead be implemented by Nov. 1, so the governors and local chief executives can issue executive orders to come up with reasonable regulations they can implement,” said Marinduque Gov. Presbitero Velasco Jr., president of the 81-member LPP, in a radio interview on Wednesday.

“We still need to study the rules on the alert level system,” he said, adding that the 10-day deferral would give them time to properly cascade the rules down to their constituents in the barangay level.

According to Velasco, the sudden implementation might sow confusion, citing technology problems in the provinces compared to Metro Manila.

“In Metro Manila, information dissemination is easy. But in the provinces, not everyone has access to the internet, especially those in the highlands. Even a number of them have no TVs, so we need to reach their barangay officials for them to explain the new rules,” he said.

The IATF on Tuesday placed 14 provinces and five cities under the five-level alert system from Oct. 20 to 31.

They will be joining Metro Manila, where the pilot implementation of the alert system was enforced on Sept. 16. After a month under alert level 4, Metro Manila was downgraded to alert level 3 on Oct. 16.