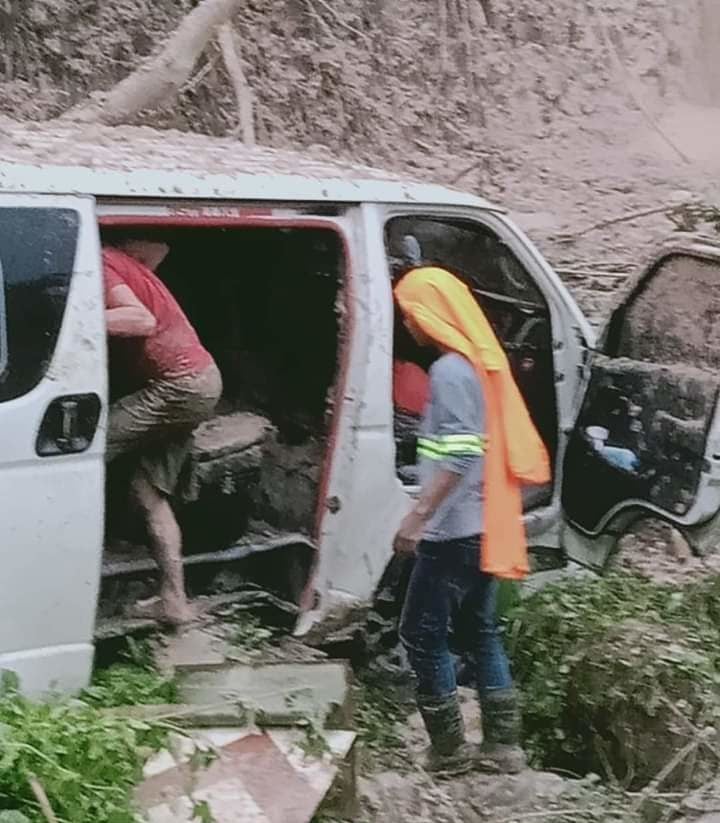 Rescuers check on a passenger van trapped in the national highway in Barangay Gatub, Lakewood, Zamboanga del Sur due to a landslide on Wednesday, Oct. 20.

Lt. Elvin Rosales, Lakewood police chief, said the rains softened a portion of the hill in Barangay Gatub, taking a host of motorists by surprise as the mud swept down towards the national highway.

Rosales added that four passenger vans, a sports utility vehicle, a pedicab, and a motorbike were covered by mud while others were either stuck or washed away from the road.

Four van drivers were trapped in their vehicles but were later rescued by Gatub residents, and one, identified only as Jack, was rushed to a nearby hospital to be treated for a head injury.

According to locals who witnessed the incident, the passengers of the vans rushed out of the vehicles upon seeing the onrushing mud from the hillside while the drivers tried to steer away.

As of 5 p.m., the local government deployed heavy equipment to clear the national highway of debris and recover the trapped vehicles. 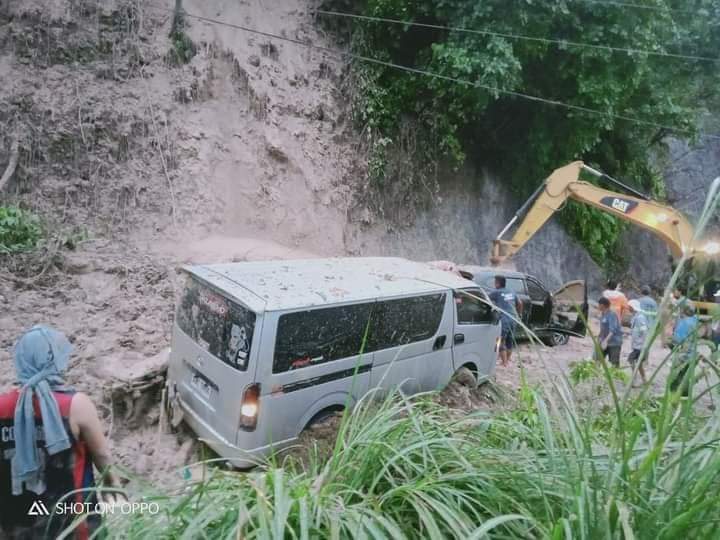