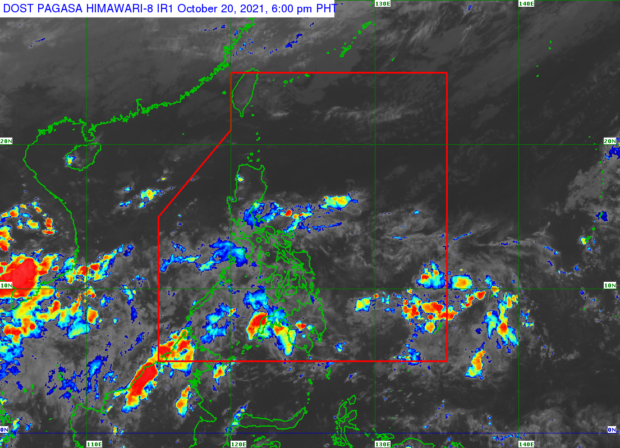 MANILA, Philippines — Southern Luzon and Western Visayas dwellers may experience rain on Thursday, according to the Philippine Atmospheric, Geophysical, and Astronomical Services Administration (Pagasa), as the Intertropical Convergence Zone (ITCZ) affects parts of these regions.

Weather specialist Ariel Rojas said Wednesday the ITCZ will bring rain specifically in the Bicol Region, Calabarzon, and Mimaropa in Luzon. It was not specified which areas in Western Visayas will see precipitation.

But Metro Manila and the rest of the country will generally have good weather on Thursday even if the climate will get hot and humid by noon and early afternoon, and the threat of thunderstorms remains.

(Metro Manila and other parts of Luzon will experience generally clear weather, hot and humid at noon and early afternoon. and despite the threat of thunderstorms in the late afternoon and evening.)

The rest of Visaya and the whole of Mindanao will have fair weather on Thursday as well, Pagasa said.

Rain caused by isolated thunderstorms, however, may still be expected throughout these regions, it added.

Rojas then said that no tropical storms and low-pressure areas are expected to form within the Philippine Area of Responsibility in the next two to three days.

Meanwhile, Pagasa said the temperature range in key cities/areas nationwide for Thursday is the following:

As for the country’s seaboards, Pagasa said no gale warning was raised but warned that moderate to rough seas may be expected over the coasts of extreme northern Luzon and that slight to moderate sea conditions are possible in other areas.