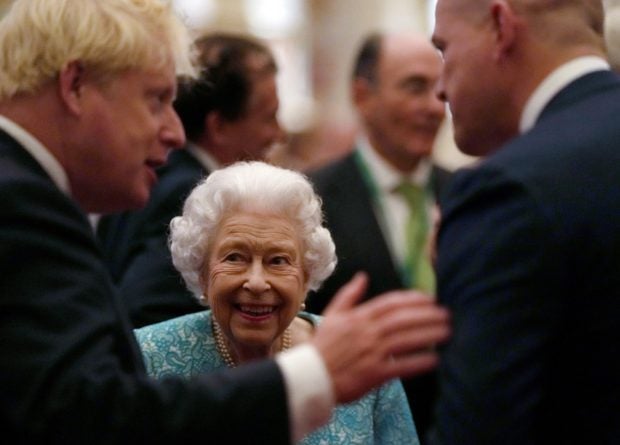 LONDON — Queen Elizabeth II turned down a prize celebrating the elderly, assessing that at 95 she did not meet the criteria, The Oldie magazine said Tuesday.

The publication wrote to palace officials in July to ask if she would accept its Oldie of the Year award, which was previously given to her late husband and her own mother.

But in a reply dated August 21 from her Balmoral estate in northeast Scotland, the monarch’s assistant private secretary, Tom Laing-Baker, made his boss’ apologies.

“Her Majesty believes you are as old as you feel, as such The Queen does not believe she meets the relevant criteria to be able to accept, and hopes you will find a more worthy recipient,” he added.

The tongue-in-cheek award, which celebrates the achievements of older people, went to the French-American actress and dancer Leslie Caron — who is 90.

The Queen succeeded her father king George VI in 1952 and next year celebrates her Platinum Jubilee to mark 70 years on the throne but she has played down her longevity.

When she became Britain’s longest-reigning monarch in September 2015, she treated the day like any other, opening a new railway in the Scottish border region with England.

“Inevitably, a long life can pass many milestones; my own is no exception,” she said at the time.

Despite her husband Prince Philip’s death in April aged 99, and her advanced age, the Queen has not retired from public life, and maintains a regular diary of audiences and appearances.

Last week she was seen for the first time in public using a walking stick.

But on Tuesday, she held two audiences via videolink with the Japanese and EU ambassador, and was scheduled to host a reception for international business and investment leaders.

The writer and broadcaster Gyles Brandreth, who was a friend of the Prince, wrote in The Oldie that he was delighted to receive the award in 2011.

“There is nothing like it for morale to be reminded that the years are passing — ever more quickly — and that bits are beginning to drop off the ancient frame,” he replied.

“But it is nice to be remembered at all.”