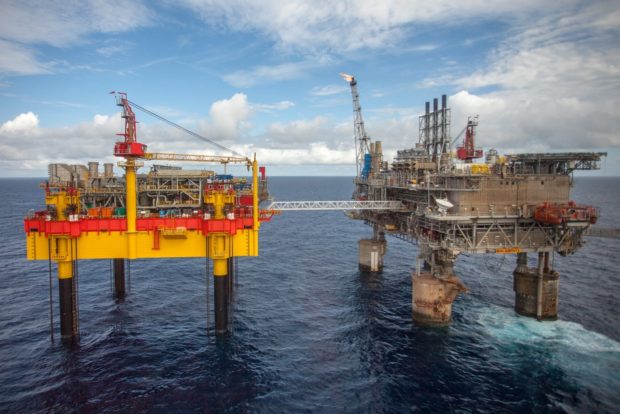 FILE PHOTO The Malampaya Deep Water Gas-to-Power Project is located 50 kilometers offshore Northwest Palawan. It is the only producing natural gas asset in the Philippines.

MANILA, Philippines — Energy Secretary Alfonso Cusi on Wednesday dubbed as “harassment” and “political propaganda” the graft charges filed against him and several others for their role in the sale of majority shares in the Malampaya gas field as approved by the Department of Energy (DOE).

Cusi, along with Davao-based businessman Dennis Uy, and other personalities, were slapped with graft complaints before the Office of the Ombudsman for the sale of majority shares in the Malampaya gas field, which was approved by the Department of Energy (DOE) to Uy’s Udenna Corporation.

The complaints for violation of Republic Act No. 3019 or the Anti Graft and Corrupt Practices Act, and  provisions of P.D. No. 87 and R.A. No. 387 or the Petroleum Act of 1949 were filed by Balgamel De Belen Domingo, Rodel Rodis, and Filipino-American Loida Nicolas Lewis.

But Cusi claimed those who filed the “unwarranted action” only want “to present themselves as patriots when the truth is they are not even residing in the country,” apparently referring to Rodis and Lewis, both administration critics who reside in the United States.

“Clearly, this is harassment, but it comes with the territory, so we will just address it at the proper forum where it was filed,” Cusi said in a text message to INQUIRER.net.

“I have no doubt the truth will vindicate me and the innocent people dragged into this purported action clearly filed for the singular purpose of political propaganda,” he added.

Cusi further insisted the filing of the case was politically motivated.

“They would want to dictate government policy while leaving comfortably abroad. I say let them come here, so they can be within reach of our justice system when we get to establish that they are guilty of perjury,” Cusi said.

In the complaint filed before the Office of the Ombudsman on Tuesday, it was alleged that Cusi and other employees of the Philippine National Oil Company’s Exploration Corporation (PNOC-EC) and other incorporators from Udenna Corporation, Chevron, Shell Philippines Exploration BV conspired to provide Udenna a huge chunk of the shares under the buyout.

Aside from these, the complainants also pointed out that Cusi, as ex-officio chairperson of the PNOC-EC, could have challenged UC Malampaya’s offer to Cheveron as it may be a good chance for the government to invest as they expect the return to be good. However, complainants said, the PNOC-EC did not exert effort to purchase the shares.

Back in November 2019, it was announced that Uy — a political backer of President Rodrigo Duterte — bought nearly half of Malampaya under Udenna Corporation’s UC Malampaya.  It was then scrutinized in the Senate in May 2021.