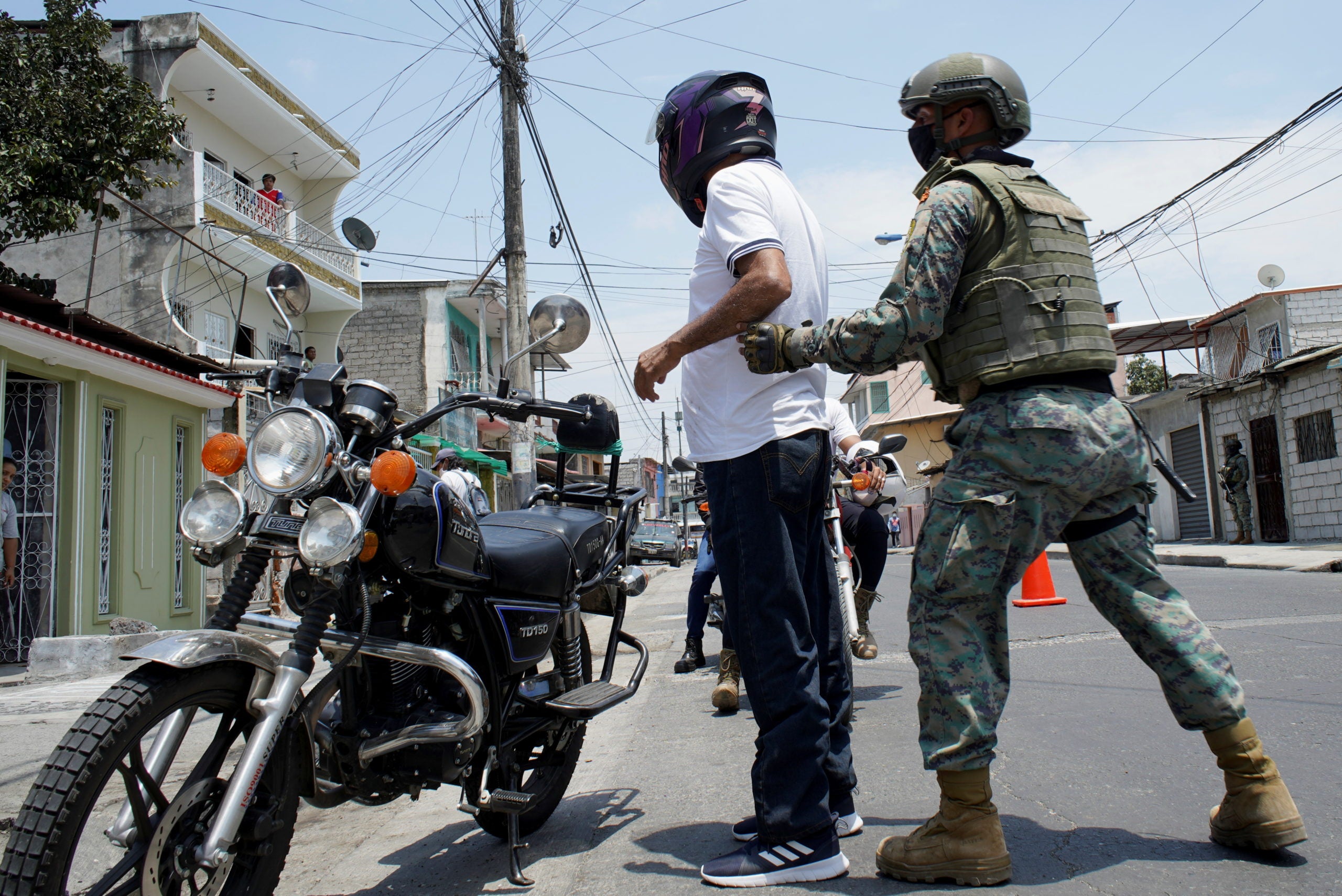 A soldier of the armed forces checks a resident after Ecuador’s President Guillermo Lasso declared a 60-day state of emergency over rising crime in Guayaquil, Ecuador, October 19, 2021. REUTERS/Maria Fernanda Landin

QUITO, Ecuador — Ecuadorean President Guillermo Lasso late on Monday declared a state of emergency in the Andean country as part of a crackdown on the consumption and trafficking of drugs.

Lasso, a conservative who took office in May, said the move was a response to rising homicide figures nationwide and other crimes related to narcotic seizures, which total 147 tons so far this year.

“In the streets of Ecuador there is only one enemy: drug trafficking,” Lasso said in a television broadcast. “When drug trafficking grows so do assassinations and homicides, robberies of homes, vehicles, goods, and people.”

“Our military and police forces will be felt strongly in the streets,” he said.

The 60-day state of emergency will allow the military to join drug and arms confiscation operations in nine of the country’s 24 provinces, including Guayas, home to major city Guayaquil, Lasso said. Patrols will take place 24 hours a day.

In the rest of the country, police will increase patrols and control efforts in public places.

More than 70% of violent deaths in the province of Guayas are “in some way” related to drug trafficking, Lasso said.

Violent deaths have also risen within prisons. Last month 119 people were killed in disturbances in a prison in Guayaquil, which the government has blamed on fighting between drug gangs.

Lasso said he would sponsor legislation to support security forces in efforts to combat crime and create an entity to defend officers prosecuted for “simply doing their duty.”

“This government will pardon all those who have been unjustly convicted for doing their job,” the president said, asking judges to “guarantee peace and order, not impunity and crime.”