Isko Moreno: In 1986, it was people, not politicians who united PH | Inquirer News 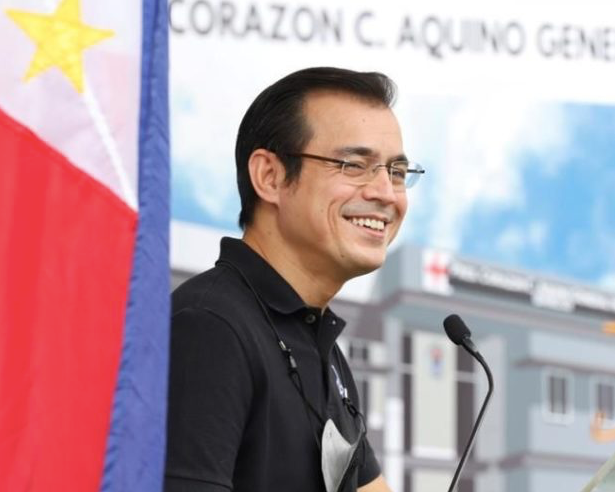 MANILA, Philippines — Manila Mayor Isko Moreno sought to refresh people’s memories about the 1986 People Power revolution, saying that when the country got united, it was not led by politicians but by the people themselves.

Moreno said this on Tuesday, as he was being asked whether there is still a chance for a united coalition between him and Vice President Leni Robredo, considering that they both voiced displeasure with the way the administration is handling things.

But Moreno said that unification should come naturally, with the people leading the way.

“Eh may kilala akong ganyan, unification, eh unification lang pala ‘yon para sa kanya.Eh ano na ‘yan, let us just move forward.My point is, nobody in this world can own the meaning of the word unification.Ang unification kusa, then I would rather be unifying the people if the politician doesn’t want it,” Moreno told News5’s Deretsahan.

(I know someone who speaks of unification, but it’s just unification for their own sake. But that’s done, let us just move forward. My point is, nobody in this world can own the meaning of the word unification. Unification would come out naturally.)

(Let me refresh your memory, it has not been that too long. When the people united for a common cause, weren’t we able to oust the dictatorship? Who unified the people? It’s not the politicians, but the people who went to the streets, to EDSA.)

Moreno insisted that the People Power Revolution — which was an inspiration worldwide that a peaceful revolution is possible through mass organizations — was truly led by people, although some parties claim ownership to it.

In addition to that, the local chief executive said that the situation in 1986 and in the upcoming 2022 national elections looks similar.

(That’s the work of the people, but some are claiming it. But it’s the people who went out because they grew tired. People are so tired, and that’s how they feel now.)

(There’s no assurance for tomorrow, you cannot grasp anything, because look at this, politicians have been talking so much.)

Moreno figured in unity talks led by Robredo before the filing of certificates of candidacy. But the talks eventually fell, all candidates that Robredo talked to — from Moreno to Senators Manny Pacquiao and Panfilo Lacson — all sought the presidency.

A day after announcing her own candidacy, Robredo revealed that the reason why the unity talks failed was that there were differences in key issues, which made it impossible for her to yield to other candidates.

Recently, Robredo said that she would rather not pursue unity talks with candidates anymore, saying that she would prioritize building a coalition with the public now.

It appears Moreno is also moving towards the principle.

READ: Robredo: If we can’t unify personalities, then we’ll unite the people