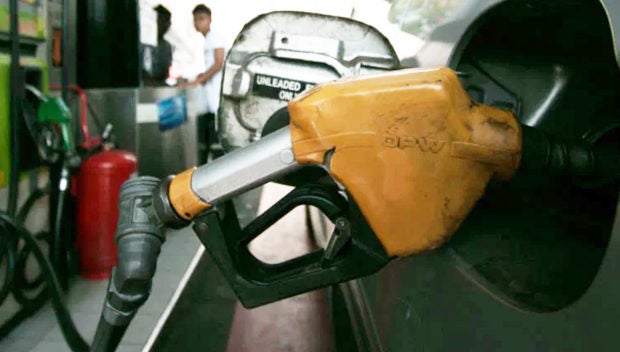 MANILA, Philippines—The successive increases in oil prices have been explained as a sign of demand returning to pre-pandemic levels which could be a good sign for the economies of the Philippines and other countries.

But for a population that is not yet rising on its feet from pandemic aggravation, increases in oil prices are like salt being rubbed on festering wounds.

More than 3 million people have lost their jobs when lockdowns were enforced this year to control the spread of Delta, a coronavirus variant that is as transmissible as chicken pox. Chicken pox, according to the US Centers for Disease Control and Prevention, has a 10 percent contagion rate which means for every one infected person, at least 10 more were likely to get chicken pox.

Public transport in key Philippine areas is not even in full operation yet and the series of oil price increases were threatening to bury it again.

Public utility vehicle operators and drivers, commuters, consumers, and marginal fishermen were likely to bear the brunt of the string of oil price increases, the latest of which was on Tuesday (Oct. 19).

For the eighth consecutive week, prices of gasoline, diesel, and kerosene increased. This has triggered demands from transport groups, drivers and operators of PUVs for a transport fare hike. 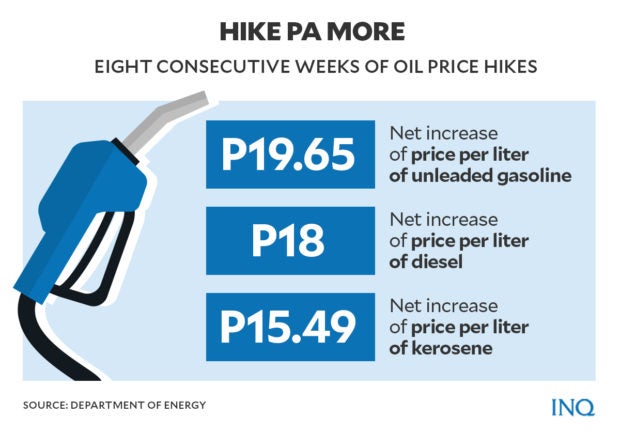 The steep increases in fuel prices may be driven by demand returning to normal but are blind to the continued incapacity of people to spend as a result of pandemic job and income loss.

This brought the current retail pump prices of unleaded gasoline and regular diesel in Metro Manila to shoot up to P70.44 per liter and P50.17 per liter respectively. 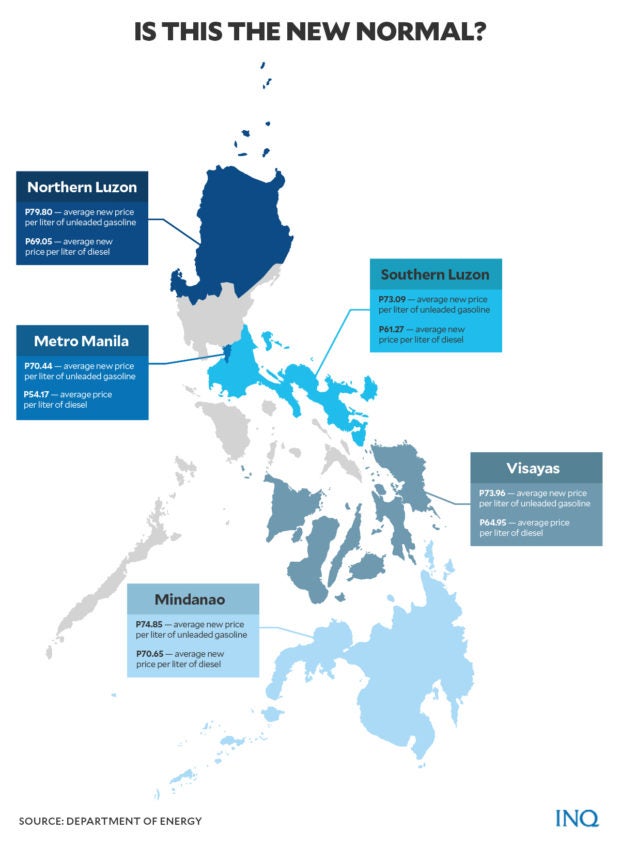 Data from the Department of Energy (DOE) showed that the recent oil price hike resulted in a year-to-date adjustment that brought total net price increase per liter of unleaded gasoline to P19.65, P18 for diesel, and P15.49 for kerosene.

There has been no interruption in the weekly price increase since Aug. 31. In total, the increases added up to P7.30 per liter in unleaded gasoline costs and P8.65 per liter in diesel. 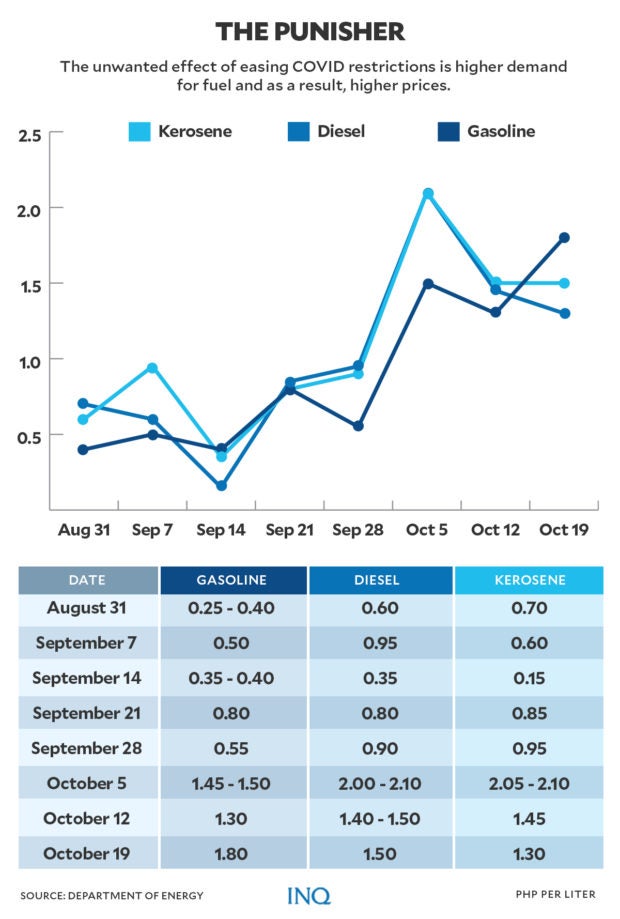 Crude oil prices started to rise in August as energy firms began shutting US production prior to Hurricane Ida’s landfall.

Days following the hurricane landfall, at least 94 percent of US oil production in the Gulf of Mexico, or around 1.7 million barrels per day of crude production, remained offline.

“The rally comes amid China asking its state-owned energy companies to secure energy supplies for upcoming winter ‘at any cost’,” DOE added.

The lack of new plans to increase output by major crude oil producers—like the Organization of Petroleum Exporting Countries, Russia and their allies—amid increasing demand also had an impact on prices.

Prior to the release of the government’s September inflation report last Oct. 5, 13 economists polled by Inquirer forecast that the rate of increase in prices of basic commodities could rise up to 5 percent to 5.2 percent in September.

The economists attributed the expected uptick in prices of food items to the prevailing increase in oil prices as well as supply constraints due to bad weather.

According to the Philippine Statistics Authority (PSA), the country’s inflation rate eased to 4.8 percent in September from 4.9 in August, bringing the country’s average inflation for January to September at 4.5 percent.

Prices of food and non-alcoholic beverages had a slower annual rate of increase—6.2 percent from 6.5 percent in August.

PSA noted that while the inflation for the bottom 30 percent income household eased to 5 percent in September from 5.3 percent in August — with average inflation at 4.9 percent since January — it remained higher than the headline rate of 4.5 percent.

Meaning, the poor have paid more for basic goods.

READ: Inflation seen to get ‘much hotter’ before cooling down by mid-2022

Last week, ahead of the implementation of the oil price hike, transport group Pasang Masda filed a petition for an additional P3 fare on public utility jeepneys (PUJ) — increasing minimum fares from P9 to P12 — to compensate for the skyrocketing fuel prices amid the pandemic.

Jeepney operators and drivers, whose livelihood suffered heavily due to restrictions brought by the COVID-19 pandemic, face heavier burdens due to the rise in fuel costs.

“Our members are complaining. I can see that they are truly struggling. They are still operating at a loss with earnings that are worth only P200,” said Pasang Masda president Obet Martin.

Jeepneys are still allowed to carry only half of their maximum passenger capacity to ensure social distancing among passengers.

On Monday, Oct. 18, the Department of Transportation (DOTr) rejected the P3-fare hike by transport groups. According to Transportation Secretary Arthur Tugade, commuters might not be able to afford a fare increase.

“We understand the situation of our drivers, but we also understand the struggles of our commuters. We know that many of us just got our jobs back. They are still coping, that’s why for us, the fare increase is untimely,” said Tugade.

“Let’s balance the need of drivers and the capabilities of commuters amid the pandemic. So, instead of an across-the-board increase, aid for drivers and commuters will be pushed by DOTr,” he added.

Martin said that while his group respected Tugade’s decision, the transportation secretary should also consider the needs of drivers.

“We respect his decision to mind the ordinary commuter but we are asking him to heed our plight as well. We drivers are doubly affected by the pandemic as well,” the Pasang Masda president said.

To ease the burden felt by the transport sector, the DOTr and the Land Transportation Franchising and Regulatory Board (LTFRB) have already sent a proposal to the DOE for a uniform discount in all gas stations nationwide for public transport drivers.

“The DOTr and LTFRB wrote to the DOE to give a suggestion on how to alleviate the effect of the continuous oil price hike on PUVs. It includes the provision of fuel subsidy,” said Martin.

“This unstoppable skyrocketing oil prices push us to reduce the time we spend for fishing activities,” said Bobby Roldan, Pamalakaya vice chair for Luzon, in a statement on Oct. 4.

“From the regular 6 to 8 hours of fishing in a day, we need to cut it back to 4 to 6 hours because of expensive oil prices,” Roldan said.

“The days we spend in the sea will also be reduced from the usual four to five days to only three days of fishing trip in a week,” he said. “Ultimately, this means further diminution of our already small income and additional days of starvation,” he added.

Roldan, who is a municipal fisherman from Botolan in Zambales, explained that increasing crude oil prices could cost a small fisherman up to P420 for 10 liters of diesel per trip for fishing operations.

This covers at least 80 percent of the entire cost of fishing.

“Because of this, we’d rather lessen our fishing activities because our income is low as it is that it can’t even recover the ever-rising production costs,” said Roldan.

“More often, we have to borrow money to carry out a fishing trip only to return with empty nets and ultimately be buried in debt by loan sharks,” he said.

“The fisherfolk have been already battered with various livelihood crises brought about by the pandemic and successive natural calamities,” Roldan said.

“Instead of providing subsidies and support, the government is openly plotting with big-time oil cartels to further impoverish these struggling sectors,” he added.