Powell embodied ‘highest ideals of both warrior and diplomat’–Biden 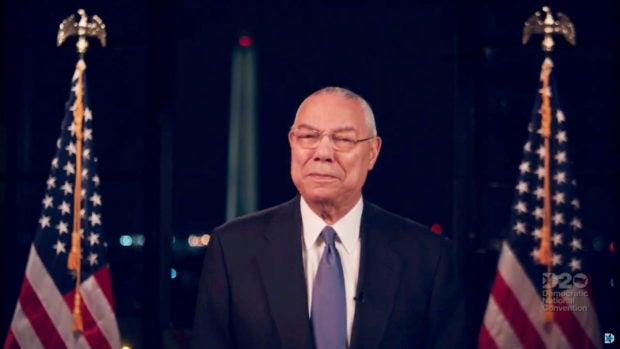 WASHINGTON — US President Joe Biden hailed former secretary of state and war hero Colin Powell for embodying “the highest ideals of both warrior and diplomat” after his death on Monday.

“Having fought in wars, he understood better than anyone that military might alone was not enough to maintain our peace and prosperity,” Biden said following the announcement that Powell had died aged 84.

Remembering “a patriot of unmatched honor and dignity,” Biden said the former general and statesman “believed in the promise of America because he lived it.

“And he devoted much of his life to making that promise a reality for so many others,” the Democratic president said.

Powell was a Republican, but from 2008 he endorsed Democrats for the presidency, twice backing Barack Obama, and then Hillary Clinton and Biden.

“Time and again, he put country before self, before party, before all else — in uniform and out — and it earned him the universal respect of the American people,” Biden said.

Biden, 78, spent more than three decades in the US Senate and engaged with Powell often over several years.

“Having repeatedly broken racial barriers, blazing a trail for others to follow in Federal Government service, Colin was committed throughout his life to investing in the next generation of leadership.”