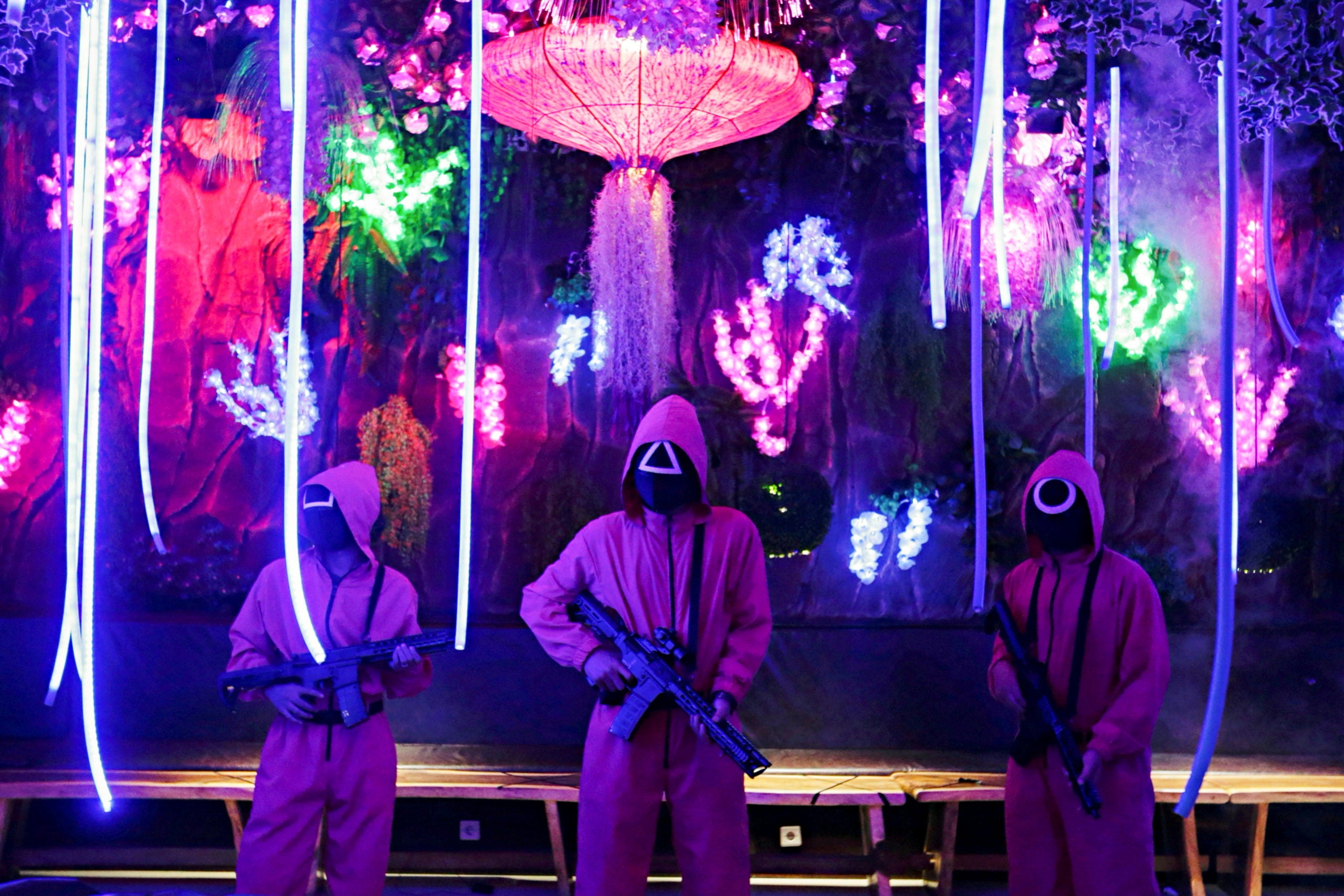 JAKARTA  — An Indonesian cafe is jumping on the global Squid Game bandwagon, hoping to fuel its pandemic recovery by recreating some of the games from the South Korean television series in its cafe space.

In a dark room with neon lights, patrons are greeted by staff dressed as the ominous hooded and masked guards in the nine-part thriller, holding toy guns and ushering them toward the end of the room where the “red light, green light” playground game starts.

Customers hurry through a course and then freeze at the sound of commands in Korean, fully immersed in the game, even though the winners go home without any prizes.

“Not all cafes would actually imitate and make it exactly like in the real show. I think it’s unique and exciting so everyone can feel how tense the Squid Game show is,” 16-year-old student Jennifer Susanto told Reuters after she failed to finish the game.

Every day, more than 200 customers come to Cafe Strawberry, drawn by the games from the Netflix series, which also include chipping out a shape from dalgona candy.

The traffic has helped triple the cafe’s earnings in the week since it launched the games.

“Before this, when there was a PPKM (Enforcement of Community Activity Restrictions), our income fell sharply. However, after the PPKM rules were relaxed, our sales began to recover and increase slightly,” said Putra Priyadi, 39, the cafe’s owner. “But after we started the Squid Game event, our sales rose significantly right away.”

It’s especially popular in Indonesia, where Korean dramas and Korean movies already have a large following.