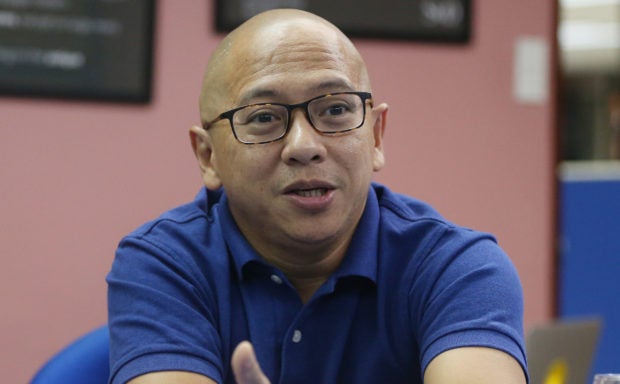 Hilbay, who joined the party in 2019 for his losing senatorial run under the opposition Otso Diretso ticket, said he quit not to join any other party but “out of ethical considerations” considering his intent to publicly support Robredo instead of Domagoso, Aksyon’s standard-bearer.

“I respect the decision of my party to choose Mayor Isko Moreno as candidate for president, but also believe VP Leni is a much better candidate in this most crucial of elections,” he said in a statement posted on his social media accounts.

“Because I intend, as an ordinary citizen, to publicly support her campaign, I must resign from the only political party I have ever joined,” Hilbay said.

The former solicitor general who served under the Aquino administration also unleashed a blistering criticism of Robredo’s opponents.

“We do not need more of the same, or even less of the same. We can’t afford another narcissistic, gaslighting troll for a president. A candidate who wakes up only during campaigns is no leader, and we can’t have another absentee president,” he said without naming anyone.

But Aksyon’s chair Ernest Ramel Jr. said he did not believe Hilbay was referring to Domagoso.“No. I think he’s alluding to the son of the late dictator but better get it from the former solicitor general himself,” he told reporters in a Viber group, pointing to former Sen. Ferdinand “Bongbong” Marcos Jr.

Ramel said Hilbay’s departure was a loss to the party, calling him a “good member” who represented the party well during the 2019 midterm polls.

Hilbay’s resignation was the latest in a series of bad news for the Domagoso campaign, following the resignation of the mayor’s chief of staff Cesar Chavez and the abrupt withdrawal of broadcaster Noli de Castro from his senatorial ticket last week.

Ramel, however, said Aksyon was not discouraged. In fact, he said the party “gained thousands of members that will contest the 2022 elections belonging to different and bigger political parties.”

“This just proves that Aksyon Demokratiko, particularly our standard-bearer, Mayor Francisco “Isko Moreno” Domagoso, [is] getting more support and gaining more strength as we embark toward victory in 2022,” he added.

Domagoso earlier drew backlash for calling Robredo a “fake leader with a fake color” for running as an independent candidate and adopting pink as her new campaign color instead of the signature yellow of the Liberal Party, of which she remains the chairperson.

But the mayor has since walked back his comments, saying he is “moving forward” from his back-and-forth with the Robredo camp.

Should she win the presidency, Robredo on Monday said she would work on strengthening the political party system as part of her planned electoral reforms to help address political turncoatism.

Speaking to reporters on the sidelines of a visit to Marawi City, Robredo stressed that political parties should represent clear advocacies and principles—not a means to propel one’s candidacy and political ambitions.

“Once we start working on fixing the country’s political party system, this has to start in electoral reforms where we allow citizens to participate more in governance so we as politicians become more sensitive to the pulse of our constituencies.”

“Shifting loyalties is not at all helpful. One does not need to be aligned with the president’s party in order to be supportive [of the administration],” Robredo told reporters on Monday.