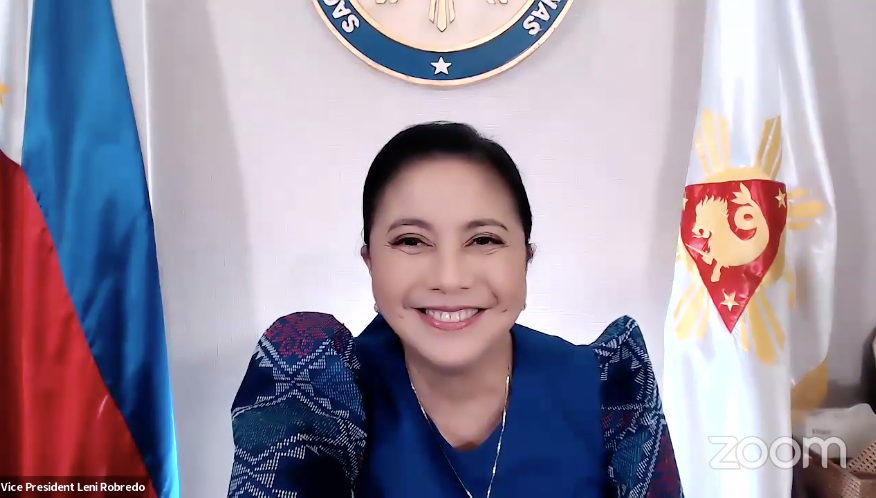 MANILA, Philippines — One of the things that Vice President Leni Robredo may turn her attention on if she is elected president in the 2022 national elections, is to usher in a reformation of the country’s political party system and ensure that membership is based on principles, and not just on the party’s influence.

In an ambush interview in Marawi, Lanao del Sur, Robredo was asked if she will push for a two-party system.  Robredo said that it would necessarily be the case, but she would prefer that politicians do not just jump on the bandwagon — or the party of the winning president.

(We know what happens election after election.  Here in the country, we have failed to give value to the political parties because for us, switching parties is just like changing clothes: what is convenient for you, you would do it or choose it.)

In the past two presidencies — that of late former president Benigno Aquino III and incumbent President Rodrigo Duterte — politicians jumping from one party to the ruling party became common.

In 2010, after Aquino won in the elections, elected officials including members of the Congress jumped ship from their respective parties towards the Liberal Party (LP), which was the late leader’s party.  Then after Duterte won in 2016, LP members moved to PDP-Laban, which is the current president’s party.

Robredo said that allowing such a system does not help in the public’s political maturity, especially if the goal is to involve the people more in political discussions.

(It does not help in the political maturity of the people.  For me, if we decide to fix the political party system, these should start with the electoral reforms.)

(We should provide the people broader participation in political discussions, so that politicians like us would be sensitive to the feelings of the constituency whom we serve.  And it should not only be convenient to our own candidacies.)

As a testament to her commitment to party reforms, Robredo said she would not discriminate against politicians based on party lines if she is elected president — which means officials are free to support her, without pressure to join LP.

(For me, it’s an opportunity to change a lot of things in terms of politics.  Our politics, if it is performing properly, is a very important element to usher in progress within the country.  We know that shifting loyalties does not help.  You should not be in the same party as the president just to be supportive.)

(My party is just one of the parties inside the political system.  For me, it doesn’t make sense that I would complain of the kind of politics we have then I would also do it once I take office, right?  So for me, even if the Liberal Party is small, as long as it fights for its beliefs, that is enough.)

Before she filed her certificate of candidacy, Robredo vowed to unite the opposition to prevent a government similar to President Duterte’s, and block the return of the Marcoses to power.