Bangladeshi scientist makes her work a humanitarian cause 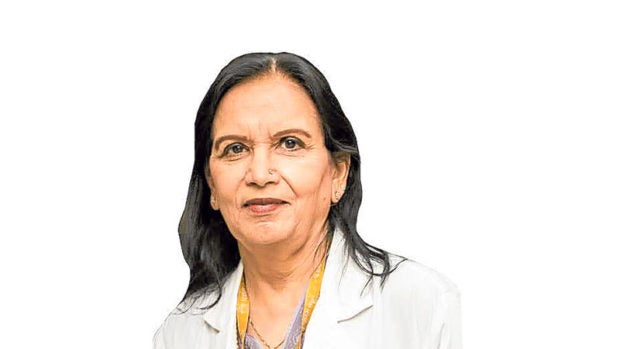 MANILA, Philippines — Inside a laboratory in Bangladesh 16 years ago, Dr. Firdausi Qadri was engrossed in her study, trying to understand the immune memory response when patients stricken with cholera kept arriving at the hospital on the ground floor below her.

“I was in my room on the second floor, the hospital was just below me,” she said, recalling her work at the International Center for Diarrheal Disease Research Bangladesh (ICDDRB).

She said the patients “were so sick, you could hear them throwing up and crying.”

“One day, I told myself, what is the use of my work in the lab, if I can’t help [improve] lives in Bangladesh?” said Qadri, one of the five honorees of the Ramon Magsaysay Awards this year.

Qadri felt an urgent need to do something and told the ICDDRB executive director, “This can’t go on.”

Thus began her work which later brought in the cholera vaccine to Bangladesh and made it affordable to her people.

At that time, there were already studies on cholera conducted on healthy people, but there was none yet on the sick, to determine how the body responded to the disease.

As an immunologist, Qadri helped initiate these studies. With funds from the Gates Foundation, she initiated the largest gathering of the world’s top cholera experts in Bangladesh in 2007.

Qadri’s research supported the development of the more affordable oral cholera vaccine and the typhoid conjugate vaccine for adults, children, and even infants as young as 9 months—and contributed to easing the cholera and typhoid epidemic in her country.

When Rohingya refugees from neighboring Myanmar began to crowd the borders of Bangladesh in 2017, Qadri led a vaccination team in the city of Cox’s Bazar, where the refugees were concentrated, and their efforts averted a cholera outbreak in what was known as the largest refugee camp in the world.

In February last year, as COVID-19 started to spread, she led the inoculation of 1.2 million people in six high-risk districts in the capital of Dhaka.

The Ramon Magsaysay Awards Foundation (RMAF) cited “her passion and long devotion to the scientific profession; her vision of building the human and physical infrastructure that will benefit the coming generation of Bangladeshi scientists, women scientists in particular, and her untiring contributions to vaccine development, advanced biotechnological therapeutics and critical research that had been saving millions of precious lives.”

RMAF said Qadri’s accomplishments proved that breakthroughs in science were not exclusive to the West—and to men alone.

“Her being in the spotlight shows that women can be what they dream to be; that they can also get to the sciences as well,” RMAF president Susan Afan said. “She was chosen not only for the work she’s done but also for the inspiration she holds out to women in general, encouraging women to achieve more.”

Qadri was born in a middle-class family which encouraged girls like her to pursue their dreams, as she remembered. Early on, she developed an interest in science, which eventually led her to completing her studies in biochemistry and molecular biology at the University of Dhaka.

Qadri and her husband could have stayed in the United Kingdom but chose to return to Bangladesh.

Back home, she endeavored to fulfill what she said was her biggest desire—to pursue scientific research and contribute to building the research infrastructure for health science in her country.

After six years of teaching, she seized an opportunity to join the ICDDRB. “I was more of a researcher than a teacher. Although I [did] both all my life,” she said.

She faced the challenge of working in a developing country which hardly had the resources to support scientific research. “I would read fantastic papers on immunology, infectious disease, on things that I’ve been interested in like biochemistry, microbiology, pathology. But there was so little I could do because, except for the ICDDRB, the laboratories that we [had] at that time in Bangladesh were not so sophisticated,” she said.

She added, “We did not have the infrastructure, neither [did] we have the funding, and we need[ed] a lot of funding for research.”

The scientist said she also had to deal with “people’s expectations” of her as a woman.

She said “First of all, you have family. You are supposed to be home at 5 p.m. to raise your children well. But to be a scientist, you have to work long hours. It’s not a 9-to-5 job. So my greatest challenge was to make a decision of what I really wanted to do.”

But she overcame the odds, citing the support of the ICDDRB, her research team, her network of scientists and academicians in Bangladesh and around the world, and, above all, her husband, who did not live long to witness this distinction of his wife becoming a Ramon Magsaysay Awardee.

Qadri said she always encouraged women to pursue their careers.

“I think all women should be aware of their capacities,” she said. “I love the work at home but I think every woman should have a profession. The confidence it brings them, … the pride it brings, the honor it brings to their family,” she said.

Qadri also continues to do her part in strengthening her chosen field, as practiced in her country.

When she was awarded the Christophe Rodolfe Grand Prize in 2012, Qadri used the prize money to establish the Institute of Developing Science and Health Initiatives (Ideshi), which conducts biomedical research and runs training courses and a testing center.

Ideshi has become a hub of scientific activity in Bangladesh. Qadri said she wanted laboratories in her country to be developed so that Bangladeshi scientists would not have to leave, as she did, to avail themselves of better facilities abroad.

“I want [the labs to be] bigger and self-supporting in the future, less dependent on international funding,” she said. “[These facilities] should carry out research at the highest level and have a good number of scientists who will carry out this work.”

Responding to the pandemic

Qadri said about her work during the pandemic: “I thought, this was the time [to] serve my country … I was doing other things. I was doing [research on] degenerative disorder, hypothyroidism, but [when the pandemic came], I decided to dedicate the lab full time [to] COVID-19.”

She said she learned a lot from other scientists, including experts in respiratory diseases, to better understand the pandemic. Meanwhile, the ICDDRB and Ideshi were among the first laboratories in Bangladesh to do RT-PCR (reverse transcription-polymerase chain reaction tests).

Qadri and the four other Ramon Magsaysay Awardees will be conferred their awards on Nov. 30, according to the foundation’s website. INQ