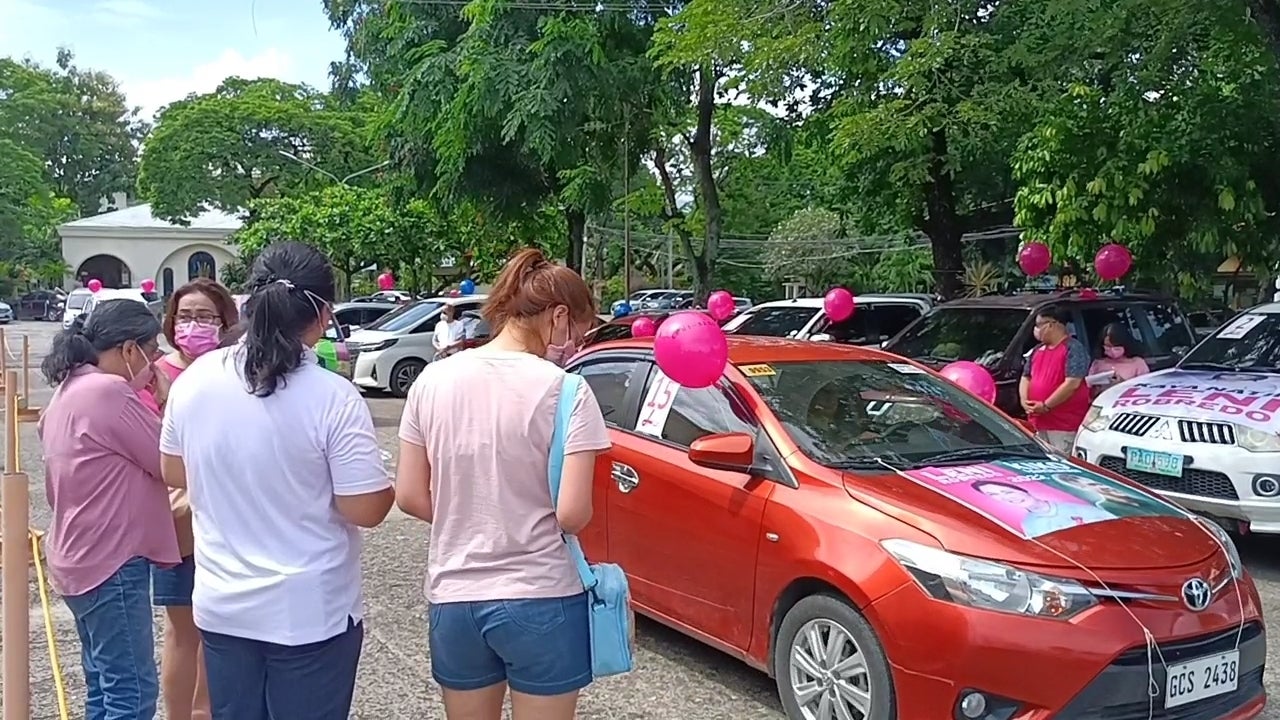 A motorcade was held in Cebu City to call on people to vote for the presidential bid of Vice President Leni Robredo. (DALE ISRAEL/INQUIRER VISAYAS)

CEBU CITY — Supporters of Vice President Leni Robredo held a motorcade around this city on Saturday, October 16, to promote her presidential bid.

Lawyer Jay Pujanes, one of the organizers of the motorcade, said they want to create awareness about Robredo who they said is the best among the presidential candidates.

“I hope people here will start to examine her qualifications and achievements because if they do, they will discover that VP Leni is a good leader and the best candidate for president in 2022,” he said.

About 200 vehicles took part in the motorcade that started from the parking lot of the Redemptorist Church. The cars were decorated with pink and blue ribbons and balloons along with tarpaulins showing the names and photos of Robredo and her running mate Senator Francis “Kiko” Pangilinan.

There were two routes of the motorcade. About a hundred vehicles went as far as Pardo in the south district while the other group traveled as far as Talamban and Lahug in the north district.

The two motorcade routes converged at Fuente Osmena before ending the activity.

According to Pujanes, the participants of the motorcade were composed of private individuals including doctors, students, businessmen, LGBTQ, and senior citizens.

The participants were on board cars, sports utility vehicles, and motorcycles.

“While we welcome unity and we are calling for the opposition to unite, as of now we think VP Leni is the one true opposition. The other candidates are not really the genuine opposition. They only became opposition when the election season arrived,” said Pujanes, the designated spokesperson of the group that organized the motorcade.

“Between the first few years of the Duterte administration, they are all allies of President Duterte. In fact, their statements right now are leaning towards Duterte policies and Bongbong Marcos policies,” Pujanes added.

“They are echoing what Duterte and BBM (former senator Bongbong Marcos) are saying. So we cannot call them true opposition.”

Sought for comment, Lacson’s spokesperson, former congressman Fransisco Ashley Acedillo, said the supporters of Robredo are entitled to their own opinion.

“But one thing that cannot be said though of Senator Ping Lacson is that he never took a bribe as a public official. He never stole public funds. He never used his pork barrel as a legislator. He never abused power nor his position.”

“Maybe people were too young to remember that kidnapping was once a dreaded scourge in Cebu. It was only a certain police colonel Ping Lacson who was feared by kidnappers.”

“So the question is, if corruption were the biggest problem of the country today, who among the presidential candidates would the corrupt people in government and Philippine society fear the most? I guess the answer is obvious.”