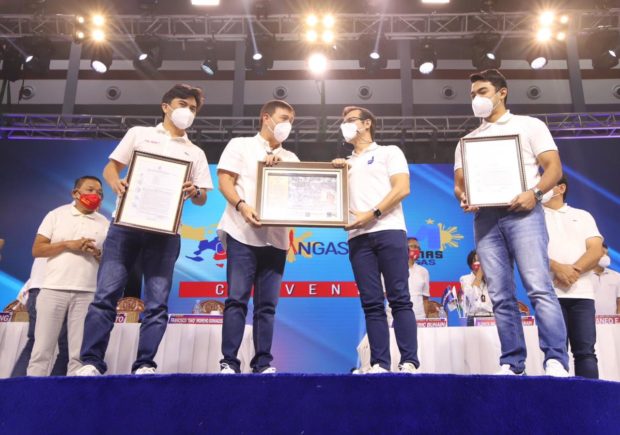 MANILA, Philippines — Senate President Pro Tempore Ralph Recto has called on his fellow Batangueños to support the 2022 presidential bid of Manila City Mayor Francisco “Isko Moreno” Domagoso with a request to assure the candidate and his slate one million votes.

During the IM Pilipinas Batangas Convention in Lipa City on Friday, Recto told his constituents that many candidates would certainly visit Batangas to woo its voters but declared that the province has already clearly made its choice.

He asked for Batangueños to unite and make Moreno the next president of the country.

(That’s why my request to our fellow Batangueños, let us unite for Mayor Isko Moreno so that he will be the next Philippine president. Can we do it?)

(Many would try to court you, as I have said before. But it is clear that we have already given our yes to one suitor, and we would assure Mayor Isko, his Vice President Willie Ong, and his senators as they tour the country, to have the trust and confidence that here in Batangas they would already have 1 million votes.)

Recto was all praise for Moreno during the event, saying that the local chief executive’s COVID-19 response in the nation’s capital city could serve as a model that can be replicated across the country.

Quoting the words of the late former Speaker Jose B. Laurel, who was born in Tanauan, Batangas, Recto went on to say that Moreno embodies a true leader: a person who has brains on his balls and balls on his brains.

(You know Mayor Isko, there is a saying here in Batangas, from former Speaker Laurel. He said that a true leader has a brain in his balls and balls in his brain.)

(That means that a true leader should be wise, courageous, and competent, and added to that, has to have a heart for the poor. Isko, in the several months I have been with him, I saw that he is competent, courageous, and has a heart, empathy for the ordinary folk.)

Moreno, Ong, and members of his senatorial slate Samira Gutoc, Carl Balita, and Jopet Sison were in Lipa City for the Batangas-leg of their IM Pilipinas convention.

During the event, officials from Lipa City presented a copy of a Sangguniang Panlungsod Resolution making Moreno an “adopted son” of Lipa.  Moreno also received a copy of a resolution that authorized Lipa City Mayor Eric Africa to enter into a sister city agreement with Manila.