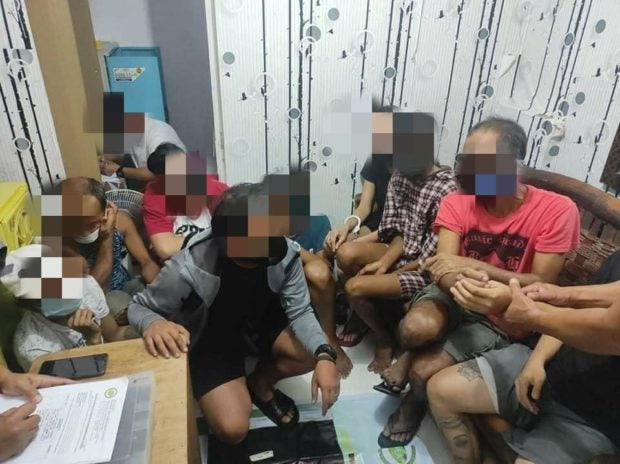 Eight drug suspects, including a Malaysian, were arrested inside an alleged drug den in Angeles City. (Photo courtesy of PDEA Central Luzon)

The agency said the suspects were arrested inside an alleged drug den in Purok Sto. Niño in Balibago during an anti-illegal drugs operation.

Authorities said some 15 grams of shabu with a street value of P102,000,a digital weighing scale and marled peso bills were confiscated from the suspects.

The suspects are facing a formal complaint for violation of the Comprehensive Dangerous Drugs Act of 2002.