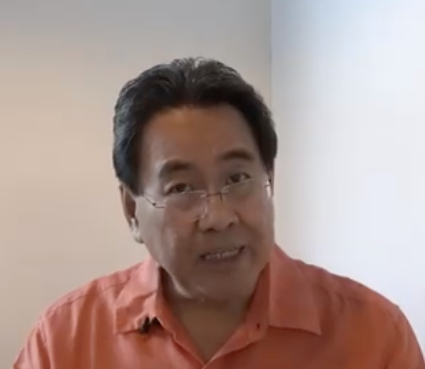 MANILA, Philippines — Deputy Speaker Rufus Rodriguez of Cagayan de Oro has filed two bills banning candidate substitution and declaring incumbent elective officials as resigned upon the filing of their certificates of candidacy (COC) for another post.

Rodriguez said the twin bills seek to end the practices by politicians and political parties that “tend to put in doubt the integrity of our elections.”

Under House Bill No. 10380 filed on Wednesday, a political party would be banned from substituting any candidate unless the candidate dies or is disqualified. Currently, the Omnibus Election Code allows the substitution of a candidate in case of death, disqualification or withdrawal.

“While there is nothing wrong with substitution in case of death or disqualification, which is justifiable, substitution because of withdrawal, or what others call voluntary substitution, may pose serious questions and may lead to the manipulation and mockery of the election process,” Rodriguez said.

“Withdrawals could lead the voting public to believe that the candidate who withdrew, or even the political party or substituting candidate, is not really serious,” he added.

Rodriguez filed his bill after two political parties, the Lakas-Christian Muslim Democrats (Lakas-CMD) of former President Gloria Macapagal Arroyo and the Partido Demokratiko Pilipino-Lakas ng Bayan (PDP-Laban) faction backed by President Duterte, said they were open to having Davao City Mayor Sara Duterte as their standard-bearer in 2022 even though the two parties had already fielded their own presidential candidates.

Sen. Ronald dela Rosa, the standard-bearer of the PDP-Laban faction backed by President Rodrigo Duterte has said that it would be “better” if Mayor Duterte would substitute for him.

House Deputy Speaker Prospero Pichay Jr., Lakas-CMD secretary-general, also told reporters on Monday that the party was still hoping that the president’s daughter would change her mind and run for president. The deadline for substitution is on November. 15.

“As such, any person who has no real intention to run and only filed for candidacy as a placeholder should be declared as a nuisance candidate,” Rodriguez said.

The other proposed measure he filed is House Bill No. 10381, which seeks to restore the old provision in the election law that declared an incumbent elective official as resigned “ipso facto” (by that very fact or act) upon filing his COC for another position. According to him, Republic Act No. 9006 or the Fair Elections Act of 2001 scrapped this provision in the election law.

“It is high time to reinstate the repealed provision on elective officials being deemed resigned once they file their (COCs), but only if they file for another position different from the ones they are currently holding,” Rodriguez said.

If the old rule is restored, he said this would apply to all incumbent elective officials running for higher or lower positions.

“It would prevent incumbents from using their office, public funds and property, and influence to promote their candidacy. It would also put aspirants, whether bureaucrats who are forced to resign under the present law and incumbent elective officials on a level playing field,” he said.