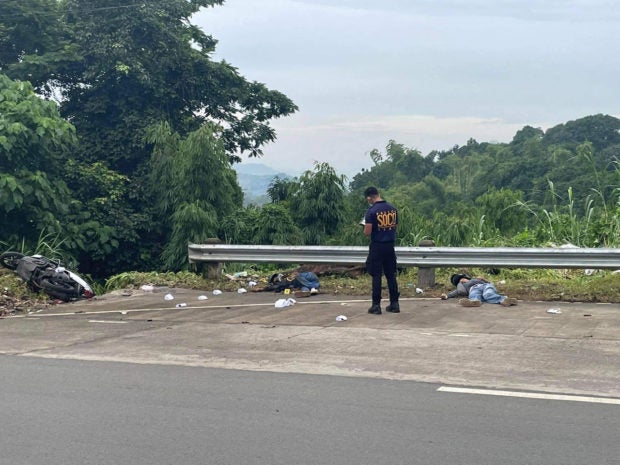 A police officer surveys the scene of the shootout in Antipolo City. (Jan Escosio / Radyo Inquirer)

Police officers on patrol spotted a motorcycle and a car suspiciously parked in a gasoline station at Sitio Boso-Boso in Brgy. San Jose at around 1 a.m., according to a police report.

The law enforcers were about to approach the group when the suspects opened fire, triggering a car chase and a shootout.

Police said that based on intelligence reports, the same group was involved in robbery incidents in Tarlac, Pampanga, Bulacan, Metro Manila and Rizal.