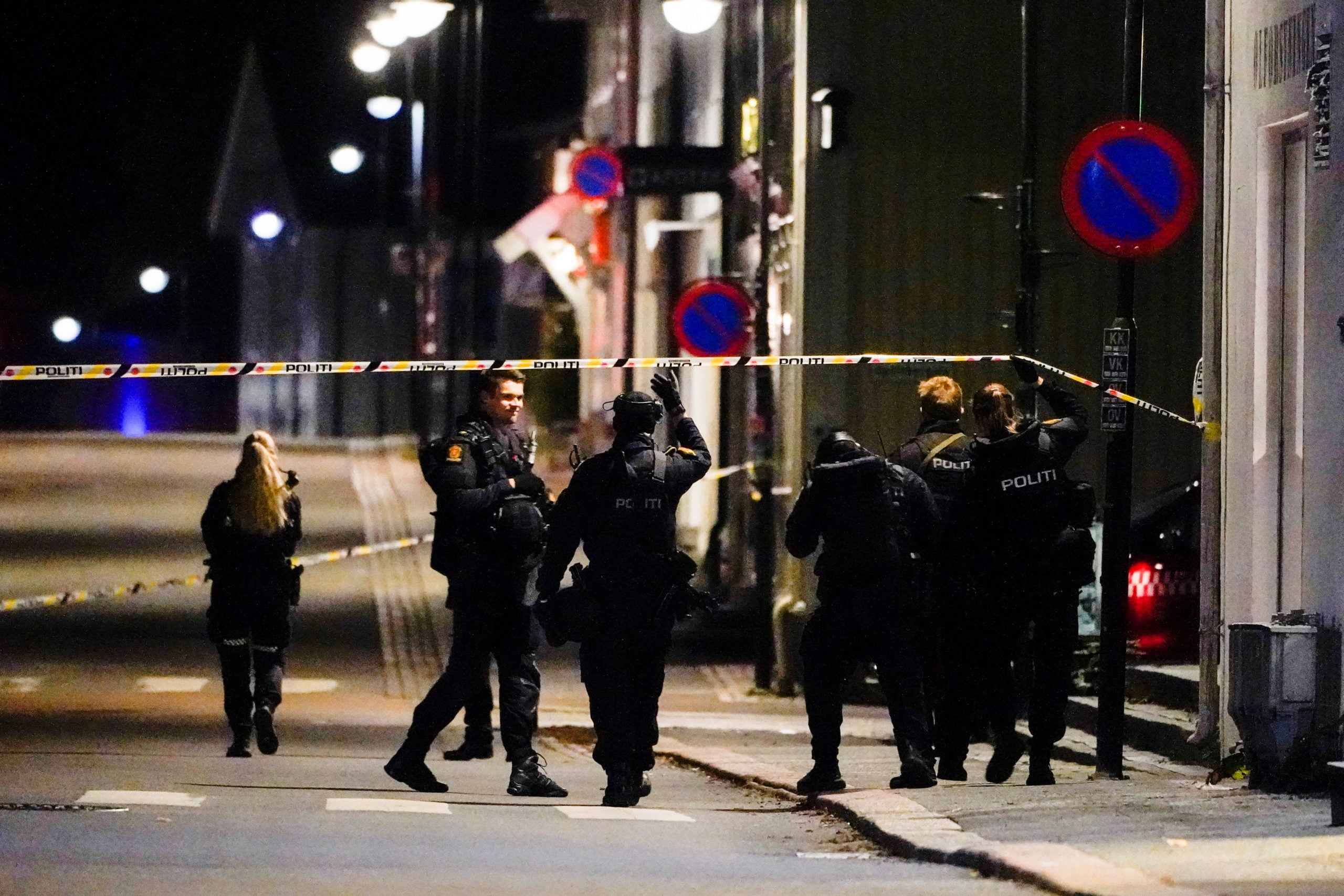 Police officers investigate after several people were killed and others were injured by a man using a bow and arrows to carry out attacks, in Kongsberg, Norway, October 13, 2021. Hakon Mosvold/NTB/via REUTERS

OSLO — A man using a bow and arrow killed several people and wounded others in attacks in the Norwegian town of Kongsberg on Wednesday, local police said.

“The man has been apprehended … from the information we now have, this person carried out these actions alone,” police chief Oeyvind Aas told reporters.

“Several people have been injured and several are dead,” Aas said. He declined to comment on the number of casualties.

The attacks took place over “a large area” of Kongsberg, a municipality of about 28,000 people in southeastern Norway, 68 km (42 miles) from the capital, Oslo.

Following the attacks, the police directorate said it had immediately ordered officers nationwide to carry firearms. Norwegian police are normally unarmed but officers have access to guns and rifles when needed.

“This is an extra precaution. The police have no indication so far that there is a change in the national threat level,” the directorate said in a statement.

Norway’s minister of justice and public security, Monica Maeland, has received updates on the attacks and was closely monitoring the situation, the ministry said.