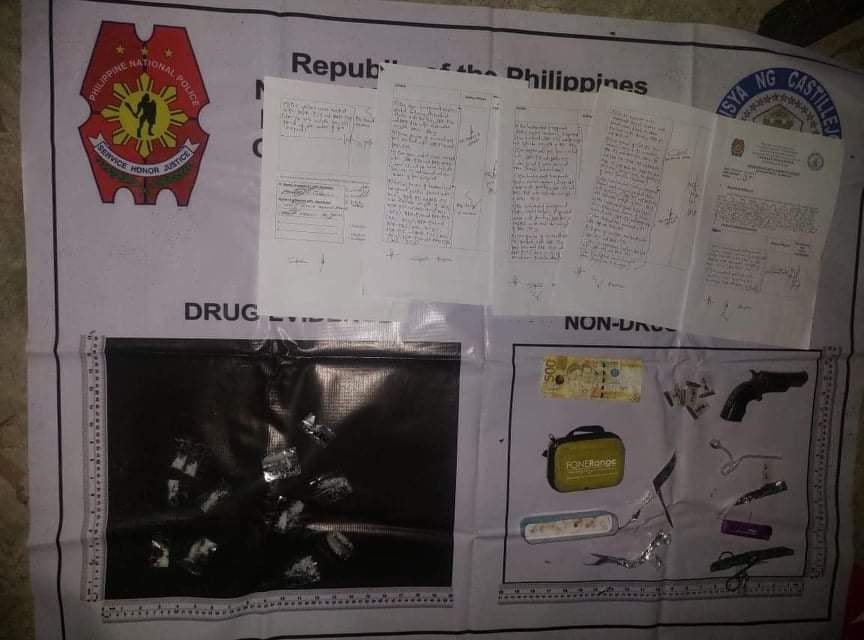 Calderon is included in the province’s drug watchlist, Cardiño said in a report.

Investigators said an undercover agent managed to buy a sachet of shabu from one of the suspects, which led to the arrest of the others caught in the act having a pot session.

Seized from them were 12 plastic sachets containing alleged shabu weighing about 8.78 grams with an estimated value of P57,000 and drug paraphernalia.

Also confiscated from Calderon was a loaded .22-caliber revolver.